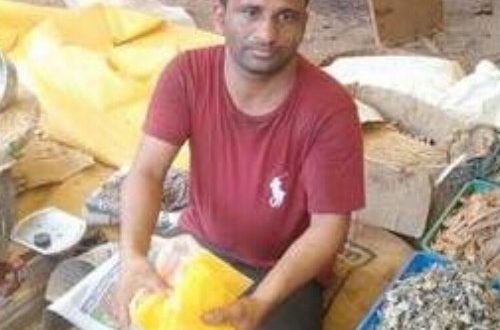 Usage of Plastic bags was banned in the district in August last year. It was reported that shopkeepers and vendors at the Karwar’s weekly market were still using the bags. Working on a tip-off the officials of Karwar City Municipal Council raided the market and nearby shops and seized plastic worth Rs.65,000/-.

The officials also slapped penalty fines against the shopkeepers and collected a sum of Rs.11,000/- for violating the orders banning plastic bags.

City Municipal officials including Mallikarjuna, Yakub Sheikh and others were present during the raid.