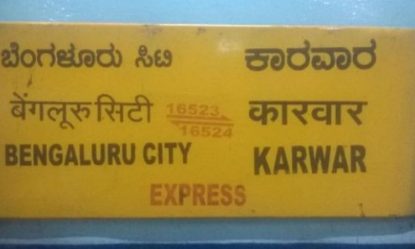 PIL petition filed in HC against cancellation of trains

Bengaluru: A public interest writ petition has been filed in state High Court here against the Railway Board for cancelling the Bengaluru-Karwar express trains (16513-14/16523-24).

Railways had recently introduced a new train from Yeshwantpur to Vasco da Gama (16595/16596) and had cancelled the Bengaluru-Karwar expresses which has riled rail travellers and activists.

Mysuru Grahaka Parishat had said that cancellation of these trains had cut off connectivity between Mandya, Mysuru, Ramanagara and the state’s coast.

The cancellation did not go well even with MP from Udupi-Chikkamagaluru Shobha Karandlaje who expressed her displeasure at the flagging off ceremony of the Yeshwantpur-Vasco express.