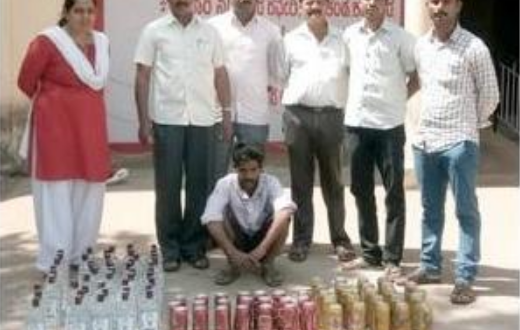 One detained while smuggling Goan alcohol at Karwar

Karwar 15 February 2019:(Bhatkallys News Bureau) The Excise officials on Thursday arrested a man while he was allegedly smuggling about 60 liters of alcohol here at Gopashitta of Karwar.

The detained has been identified as Sandeep Marate, a resident of Karwar.

Working on the tip-off, the excise officials conducted a raid near Gopashitta region of Karwar and detained Sandeep while he was smuggling the illegal alcohol.

The officials seized 37.5 liters of Goan Alcohol and 22.7 liters of beer during the raid.