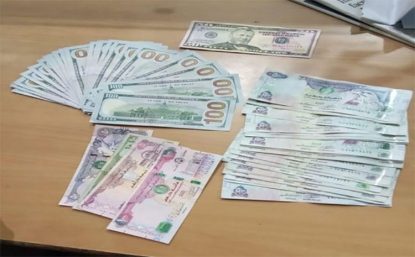 Bajpe: The CISF personnel at Mangaluru International Airport took into custody a person found to be possessing foreign currency notes in excess of permissible limit at the airport on Sunday September 15.

The arrested person is identified as Harry Stephan Antony D’Souza and was trying to travel to Dubai, when he was found to be in possession of dirhams and American dollar currency notes totally worth Rs 5.88 lakh. The currency has been seized from the accused.

Henry was was to fly to Dubai at around 7 pm on Sunday, and  checked by the officials when they found that he was carrying foreign currency worth Rs 2.93 lakha and Rs 2.94 lakh in dhirams and US dollars respectively. The passenger has been handed over to the customs officials for further investigation.