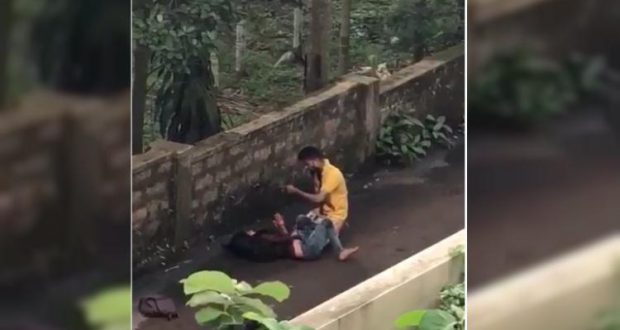 The 20-year-old victim, Shraddha (name changed) on Monday reportedly nodded and gestured to her parents and doctors visiting her at KS Hegde Hospital in Mangaluru. Brutally attacked and injured by 27-year old Sushanth with a sharp-edged weapon on Friday, she is being treated for 12 major stab wounds.

According to the doctors, Shraddha will continue to remain under observation and at present her treatment is undergoing at the Urology department. “Though she is responding to the treatment, our concern remains over the infection caused by the injuries. The scan reports showed that due to the injury there were some clots in the kidney. Otherwise, things are fine,” a source at KS Hegde said.

An MBA student at a private college at Karkala in Udupi district, she was attacked by Sushanth for rejecting his advances. In the video of the assault that is now being widely shared on social media, Sushanth after stabbing the girl tried to end his life with the same knife by slitting his neck several times.

His mother, two policemen and two private security guards are manning the ward round the clock. “Given his past antecedents of violent behaviour, we have to take several things into factor. After two days he will most likely be presented before the court. In about two days, depending on the court’s order, he will be subjected to further treatment or remanded to judicial custody for further investigation,” a police official said.

According to police sources, a case was registered against Sushanth in Bunder police station for his involvement in local gangs. Sushanth was friends with a rowdy sheeter Rajesh who is also called ‘Japan Manga’. A fight had broken out between Rajesh and Subash Padil, a person who is accused in Mangaluru’s infamous homestay attack in district court premises. Sushanth after the fight had taken Rajesh on his bike. It is allegedly because of the case, Shraddha who was friends with Sushanth started maintaining distance with him.

According to a friend known to both the victim and the accused on June 28, Sushanth had updated his Whatsapp status with pictures of him and the victim from the older days, when they were on good terms. He had also posted a message “Love you (name omitted) …Miss You Baba…Love you lot…” around 12 pm. At around 4.30 pm, he attacked the girl,” the person said.

After this incident, Sushanth came to know that Shraddha refused to accept his proposal and hence decided to kill her on June 28, the father stated in his complaint. “On June 28 at around 4.30, Sushanth waylaid my daughter, touched her inappropriately and later stabbed her until she was unconscious and later tried killing himself,” he said.