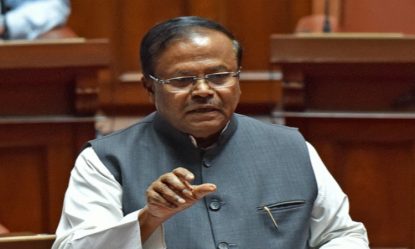 Mangaluru: B J Puttaswamy, chairman of the State Planning Board stated that the detailed project report (DPR) to develop the Mangaluru-Karwar fisheries road at a cost of Rs 780 crores has been submitted to the state government and approval for it by the Coastal Development Authority (CDA) is only pending.

Speaking to reporters here, he stated the new developments done and in those in the future for the coastal districts.

He claimed that a feasibility report for the development of State Highway 67 has been submitted to the government.

A DPR to supplying drinking water to 25 villages and 26 villages in Dakshina Kannada and Udupi districts respectively has been submitted to the state government.

Plans for 15 footbridges, 10 minor bridges, 30 roads, 10 commercial buildings, 10 Anganawadi buildings along with hanging bridges, parks and retaining walls are in the offing for the three districts.

He also stated that he will take up the issue of the Shastri Circle flyover at Kundapura with Union Minister Nitin Gadkari and also Chief Minister B S Yediyurappa.