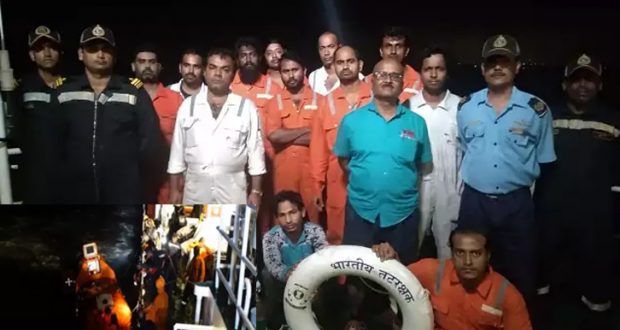 Mangaluru: the Indian Coast Guard rescued 20 crew men aboard a dredger stranded in the Arabian Sea during the wee hours of Monday Sep 2nd.

Apparently, the dredger Tridevi Prem’s pump room had been flooded due to heavy rain and became stranded off Mangalore Port in the Arabian sea. The vessel in question had been employed by NMPT for dredging to ensure sufficient depth in the channel.

Late on Sunday night, the coast guard received an alert from the ship regarding the flooding and immediately ICGS Amritya rushed with a rescue team to help the stranded crew. NMPT’s tug Ocean Esteem also assisted in the rescue operation.

Meanwhile, the coast guard has asked concerned authorities to de-fuel the dredger to prevent an oil spill.