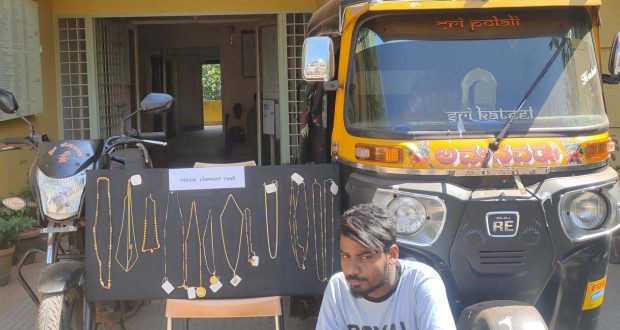 Mangaluru: A 27-year old alleged chain snatcher who used to target the women walking on the streets to snatch chains from their neck and escape, was on Thursday arrested by Urwa Police here in the city.

The arrested accused has been identified as Vinay Prasad alias Vinod Jogi (27) a resident of Badaga Ulipady.

The police after arresting the accused recovered around 300 grams of gold ornaments from him. He was reportedly involved in more than 10 cases of chain snatching. The recovered gold has been estimated to be of Rs. 12 lac. Along with the gold the police have also seized the bike he used to use in the crime and his auto rickshaw.