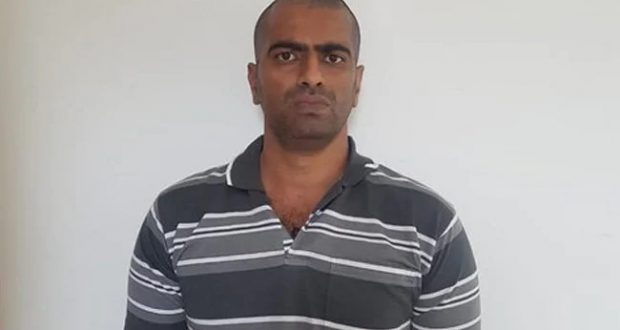 Mangaluru: A 36-year-old man, who was suspected to have placed explosives at the Mangaluru International Airport on Monday, surrendered before police this morning in Bengaluru. He was reportedly upset about not getting a job.

An alert was sounded at the Mangaluru International Airport on Monday morning after security personnel found live explosives on its premises. Police had later released photos of a suspect seen leaving the airport in an auto rickshaw.

The suspect, Adithya Rao, surrendered today. Rao, reportedly an engineering and MBA graduate, has been detained for inquiry and medical tests. He is from Manipal.

“He surrendered before police claiming to be responsible for the Mangaluru airport incident. He is being medically examined and we are preparing procedure to hand him over to the Mangaluru team,” Chetan Singh Rathore, a senior cop from Bengaluru, said.

A probe team of Mangaluru police is flying to Bengaluru to question the suspect. “Mangaluru city police investigation team is flying to Bengaluru shortly to investigate the developments in connection with MIA case.. the team will question the suspect and will initiate further necessary legal action,” Mangaluru Police Commissioner PS Harsha tweeted this morning.

On Monday, live explosives were found in a black laptop bag near the airport’s ticket counter. Not willing to take any chances, the bomb disposal squad cordoned off the area before taking it away in a reinforced vehicle. By evening, they had “neutralised” the bomb by carrying out a controlled explosion in an open field far away from the airport.

Adithya Rao had planted the explosives because he was angry over being denied a job at the Bengaluru International Airport, news agency PTI reported quoting sources.

In 2012, he had come to the state capital seeking a job and landed in a private bank; he later resigned. He then returned to Mangaluru, where he worked as a security guard for six months and then as a cook in Puthige Mutt in Udupi, PTI reported.

Later, he reportedly went back to the state capital and joined an insurance company, which he left and tried to become a security staff at the airport.