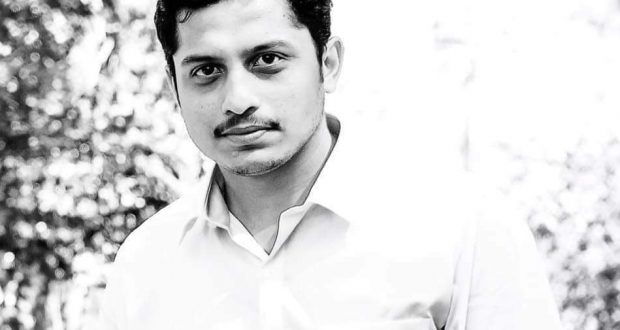 Kumta 14 February 2019:(Bhatkallys News Bureau) One of the prominent businessman of Kumta on Wednesday committed suicide by hanging himself at his resident here at Kumta.

The deceased has been identified as Sudarshan G Hegde(27), a resident of Manaki of Kumta taluk.

It has been gathered that, Sudarshan was the only son of Professor GL Hegde, who is serving as HOD of Kannada department at AV Baliga college of Kumta.

Sudarshan, was newly married just about 40 days ago to a girl from Sirsi. And was also an active member of BJP Yuvamorcha of the Taluka.

The reasons for his extreme step still remains a mystery as no suicide note was found along with his body.

However the sources alleged that, being the owner of Konkan Aqua Mineral Water Company, he received a notice from KSFC for the outside finances. Depressed regarding the matter, he committed suicide on Wednesday afternoon.

Thousands of people from various place reached his home to mourn his death.

A case has been registered at Kumta police station.