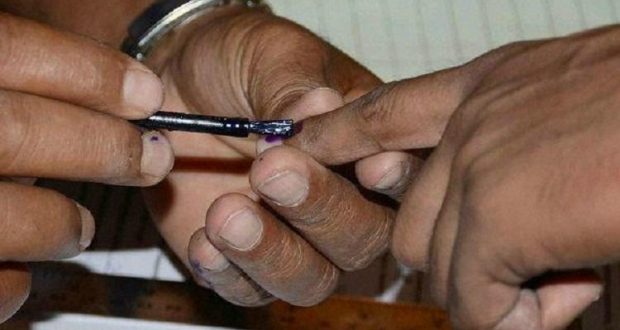 Yellapur 5 December 2019: The voting process for the Karnataka Assembly by-polls went on smoothly in the Yellapur-Mundgod Assembly constituency on Thursday, December 5. The constituency, which is one out of 15 other constituencies where by-polls are being conducted, covers three taluks namely, Yellapur, Mundgod, and a part of Sirsi known as Banavasi.

Strict action were initated across the region in order to ensure that no one violates the electoral code of conduct. Young voters, as well as disabled and elderly voters, turned up at the polling booths.

In order to assist the disabled, wheelchairs and helpers were provided by the Election Commission. Runners were hired to deliver messages to those polling booths in Yellapur that were outside telecom network coverage.

At 9 am, the recorded voter turnout was at 7.54 percent and has rose to an estimated turncount of 72.23% at the end of the polling.