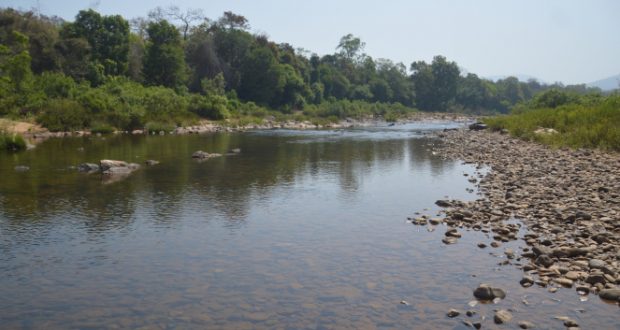 KARWAR: Many island villages in Uttara Kannada district lack any mode of transportation other than boats. The rainy season turns turns risky for these villagers as they are made to cross overflowing rivers in their small boats.

Residents of these islands are now making arrangements on their own as promises made by politicians still remain on the paper. They have been demanding small bridges, but nothing has been materialised so far.
The district, which consists of coastal and Western Ghats regions, has many rivers and streams in all the 12 taluks. Most of them are west-flowing rivers, which join the Arabian sea off Uttara Kannada coast. On their way to the sea, they have created many islands and people have been living in some of them for hundreds of years. Residents of these islands are dependent on agriculture for their livelihood.

Many island villages lack any type of bridges. They are fully dependent on boats to reach the mainland.
Some villagers have made small temporary bridges with wood, which are dangerous. Residents of these villages have to send their children to schools in neighbouring villages by crossing rivers.

During the rainy season, most of the rivers overflow. But as there are no options left, parents have to accompany their children while crossing rivers to reach schools. Buying essential commodities is also difficult for these villagers as they have to cross rivers for every purpose.

Over 50 students were stranded on the other side of an overflowing river at Chandewadi village in Joida taluk after a wooden bridge collapsed following heavy rainfall last year. With much difficulty, their parents and villagers rescued and took them home.

Umalejooga village in Karwar taluk, Chandewadi and Madakarni in Joida and Malalgaon in Yellapur still don’t have a cement or hanging bridge to connect to the mainland.Residents of these villages have been demanding a small bridge to cross rivers, but their demands have remained fulfilled even after 70 years of independence.