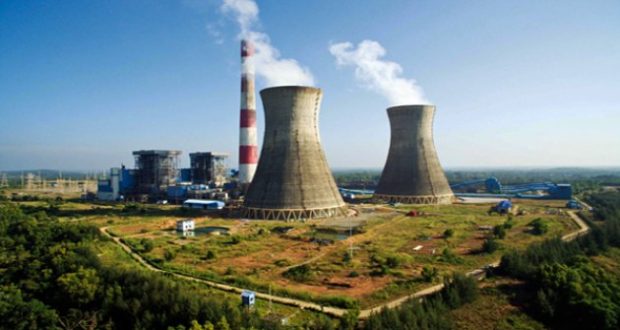 Udupi: All the clearances granted to set up the power plant by Adani’s Udupi Power Plant project at Yellur village of Udupi district were deemed as illegal by the principal bench of the National Green Tribunal (NGT) on Thursday March 14th.

The August 1, 2017 environmental clearance granted to expand the plant by addition of 2x800MW units to raise ultimate capacity to 2800MW has also been ordered to be suspended by NGT.

The Tribunal invoked the ‘Polluter Pays’ principle and appointed a committee of experts to ascertain the damages to the crops and the environment in general of the area, states a press release by Janajagrithi Samithi.

“The fact that multitudes of disputes and litigations relating to the project had been instituted bears witness to the fact that all was not well. Environmental clearance dated 20.03.1997 had been granted without following the due process statutorily prescribed and mandatorily required to be followed,” stated the release.

‘CES technical report 126’ dated April 2012 published by the Energy & Wetland Research Group, Centre for Ecological Sciences, Indian Institute of Science, Bengaluru made alarming observations in respect of the project area during field investigations contrary to the study carried out on environmental profile and people’s livelihood aspects in the vicinity of coal-based thermal power plant at Yellur panchayat by a group of scientists.

“It has been observed that mismanagement of the environment was evident from the contamination of the water (surface and ground), soil and air apart from the impaired functional aspects of the biotic elements. This was deduced from the reduced productivity of grains, jasmine flower and horticultural produce, reproductive ability of livestock, poultry animals, etc. There was dust on the leaves during the dry seasons which induced phyto-toxicity leading to poor pollination and hence reduced productivity. There was reduction in the population of pollinators. Stunted growth of saplings and enhanced respiratory diseases, etc were noticed caused by release of saline mist from the cooling towers of the plant which is locally dispersed by the wind even up to 2 km,” the release stated.

Considering the observation as justifiable, the Tribunal will be issuing directions for the removal of the plant and the restoration of the environment of the area.

Thus the Tribunal has invoked the “Polluter Pays” principle under Section 20 of the National Green Tribunal Act, 2010 and held Udupi Power Corporation Ltd liable to pay environmental compensation which shall be assessed by a committee of experts. A committee comprising of a senior scientist of CPCB, a senior representative from IIT Chennai, and a senior scientist from IIT-Bangalore has been constituted by it. The committee has been asked to assess the environmental damage on account of the environmental violations and submit its report within three months. The CPCB shall be the nodal agency to coordinate among the members for taking up the task.

Meanwhile until the submission of the report, the Tribunal has directed UPCL to pay an interim environmental compensation of Rs 5 crore with the CPCB within a month. The amount will be used for the restoration of the environment in the area.