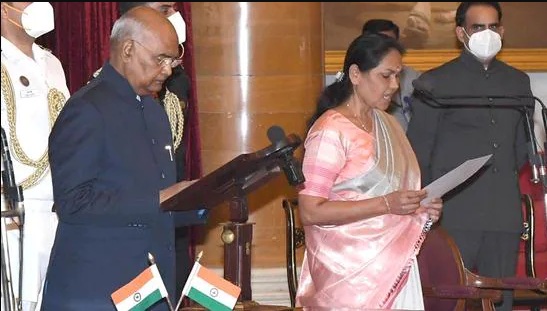 Bengaluru, Jul 8: Newly sworn-in union minister of state for agriculture, Shobha Karandlaje, Karnataka’s one of the outspoken politician who does not mince words on issues – cow terrorism and love jihad – has reportedly deleted her Twitter time-line just hours before she took charge as minister. This has raised many eyebrows in the state.

She has erased all her tweets in her twitter account. She deleted them after it became certain that she would be a part of the central ministry. This has come as a surprise, and the timing of the deletions has given rise to speculations that this could be a purposeful act.

Some feel that she did this so as not to get into any kind of controversy because of her tweets. Some of Shobha’s posts earlier had become controversial and therefore turned into subject matter for news. Normally the national and other media look for controversies once a person rises to positions of power and controversial tweets are scanned in more detail. Therefore, Shobha would have deleted them in order to make sure that her past statements do not turn into thorns on her road ahead.

Shobha has been very active on social websites. It is but natural for her to make every effort to see that there is no blemish on her personality. She used to tweet about various issues and developments. Her tweets were live till yesterday but all of a sudden all of them have been deleted. It is said that after becoming minister, she will begin to keep in touch with the people with new tweets.

The two-time Lok Sabha member from Udupi-Chikkamagaluru, which is a hotbed of Sangh Parivar activities in the state, has grown through the party ranks. Apart from being close to Sangh Parivar, Karandlaje is also considered to be a very close confidante of chief minister, B.S. Yediyurappa.

She has been quite vocal on contemporary issues such as religious extremism, ‘love jihad’, and the alleged killing of Hindu activists.

Karnadlaje had never deleted a single tweet even when she had come under flak from Left wing critics for posting fake videos and messages.

“This time it is quite surprising to see her Twitter timeline being wiped off completely except that she re-tweeted her swearing in ceremony pictures from the BJP handle,” a senior leader in the BJP told IANS on condition of anonymity.

Karandlaje not only hails from coastal region of the state, but she also belongs to politically-influential Vokkaliga community, to which BJP veteran Sadananda Gowda belongs. Gowda resigned from the union cabinet on Wednesday just hours before cabinet expansion took place.

Between 2008-12, she was considered as someone who had wielded an enormous amount of influence during the previous BJP rule under Yediyurappa 2008-12 but after rejoining the BJP along with Yediyurappa, Karandlaje has by and large remained in her constituency. 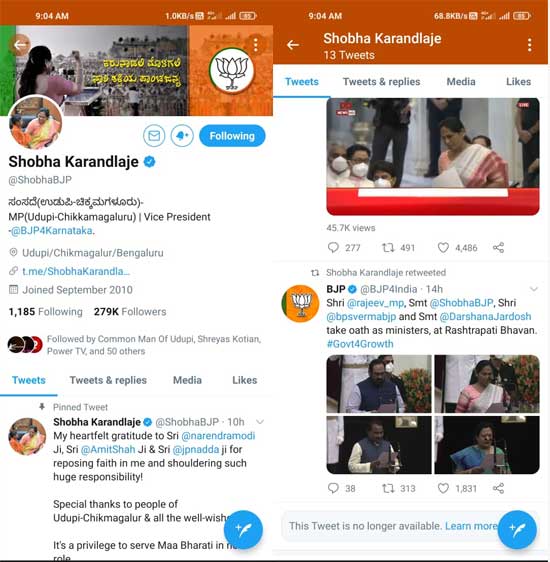 Interestingly, unlike last time, Karandlaje is not ‘visible among the inner circles of Yediyurappa’ in the present government amid the chief minister’s younger son B.Y. Vijayendra’s growing influence.

Born on October 23, 1966 at Puttur in Dakshina Kannada district, her educational qualification includes M.A. (Sociology) and Master of Social Work.

Karandlaje was MLC from 2004-2008, MLA from 2008-2013, and served as Minister for Rural Development & Panchayati Raj, Power, and Food and Civil Supplies during the previous BJP government headed by Yediyurappa.

(With Inputs from IANS) 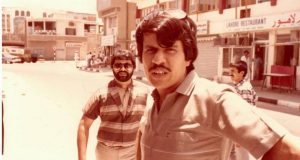 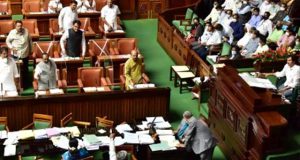 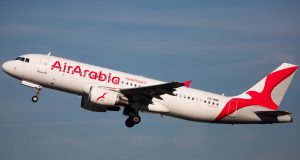 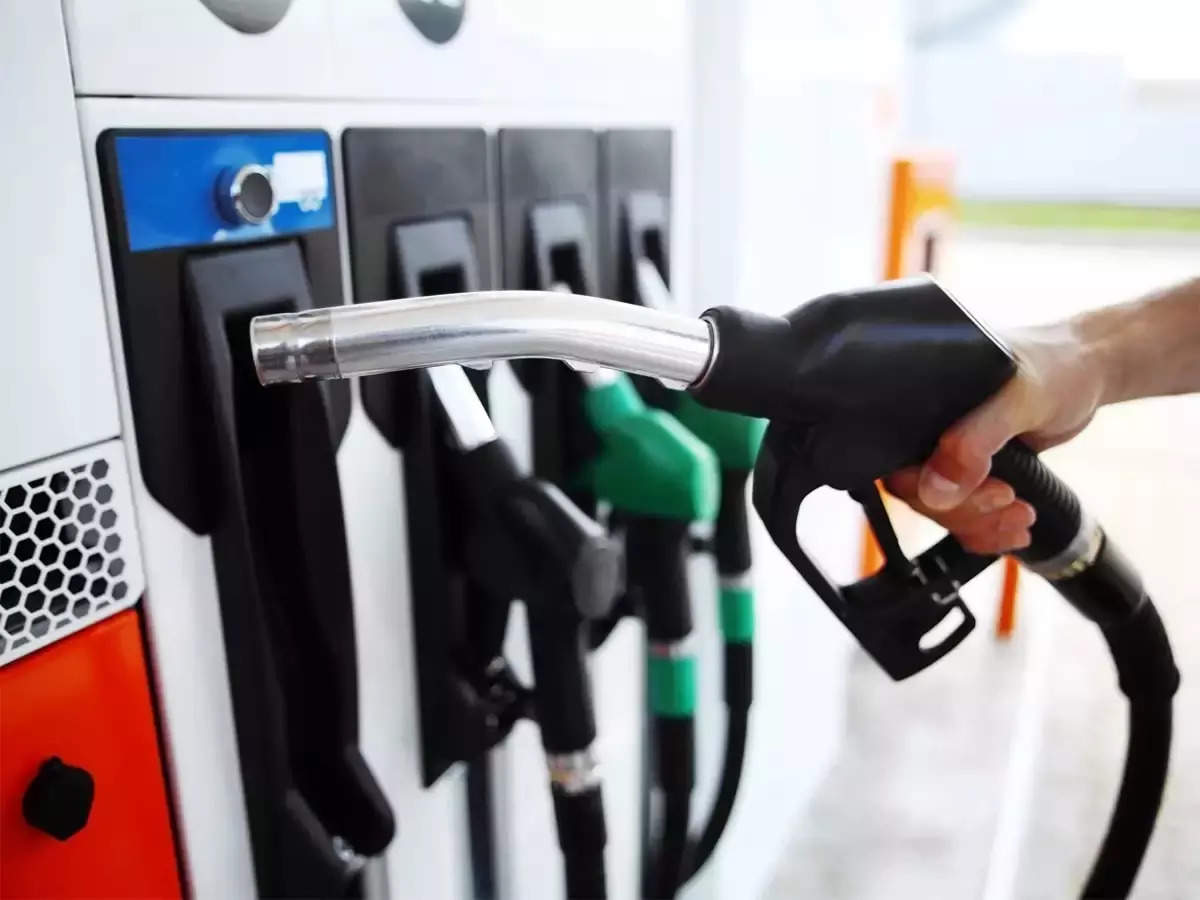