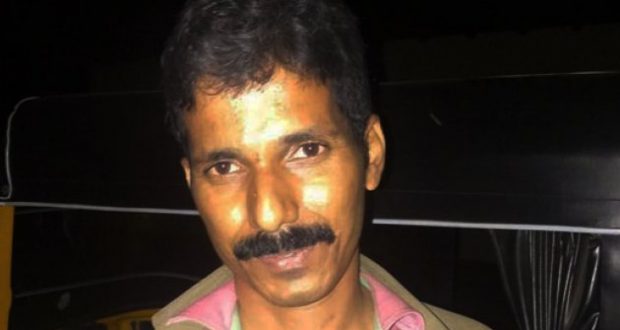 Udupi: An act of honesty by an auto rickshaw driver of the city, who returned a bag containing gold ornaments worth Rs 50,000 back to the woman who had lost it and thereby has set an example for everybody.

The woman identified as Anusha Shetty had travelled in an auto rickshaw with her child to her home at Kiradi and had lost her bag containing an Iphone, gold ornaments worth Rs 50,000 and Rs 4,000 in cash in the rickshaw on Thursday Feb 7th.She realized of her loss only after reaching home and assumed it had fallen out of the auto during the journey.

Meanwhile, an auto rickshaw driver identified as Prakash from Udyavar was also taking a passenger in the same route as Anusha travelled, saw a bag fallen on the road and took the same into his possession. Soon, he received a call from Anusha, informed her of finding the bag on the road and also offered to handover the bag to her at her residence. Soon, he returned the bag to Anusha who was more than pleased to have gotten it back.

The exemplary act of honest by Prakash has attracted much praise on social media.