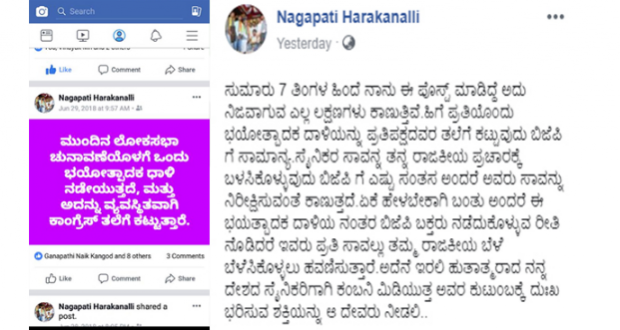 Sirsi: A Facebook post which predicted the Pulwama attack on Central Reserve Police Force (CRPF) in 2018 has now gone viral on the social media platforms.

The post had also mentioned that after the attack the blame would be on the Congress party.

The controversial post was found in the profile of a person named Nagapati Harakanalli. The write up was posted on June 29, 2018.

Harakanalli reposted the same write up on February 16, two days after the Pulwama attack.

Meanwhile, a discussion is on, on all social media platforms suspecting it to be ‘cooked up’ story.