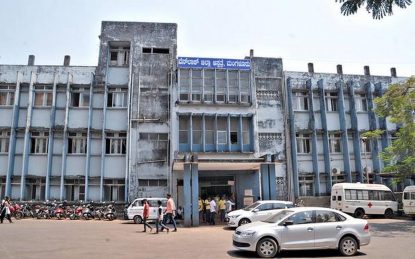 Mangaluru: Dubai bound international passenger who was admitted to Wenlock hospital on Sunday, March 8 has escaped from the isolation ward, informed sources.

A senior doctor from the state’s health and family welfare department informed that the patient had left against medical advice.

“Police has been informed and a surveillance team is at his home. However, he will be brought back and admitted,” a senior doctor said.

He added that however, the samples from the passenger have been collected and shifted to Bengaluru BMC hospital and the report will be available today.

A passenger who arrived at the Mangaluru International Airport on Sunday, March 8 was admitted into the district Wenlock Hospital after he exhibited symptoms of coronavirus infection.

Health department officials, who have been screening all the passengers arriving at the airport observed that the said passenger who came from Dubai displayed symptoms of fever and reportedly decided to admit him into the hospital.