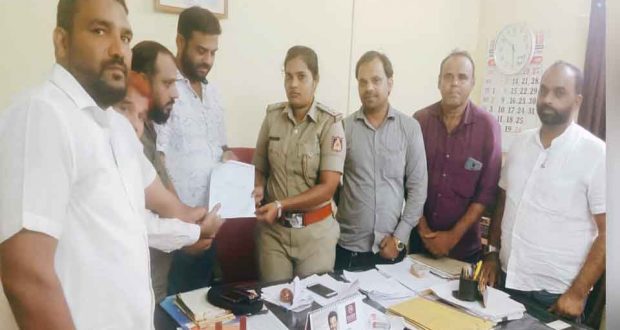 Mangaluru: Muslim Justice Forum on Monday lodged a complaint at the Pandeshwar Police Station against the man who uploaded a video making derogatory remarks against Prophet Mohammed on Facebook.

The accused who has been identified as Madhugiri Modi aka Atul Kumar had reportedly posted a video on his Facebook account making wherein he can be seen using abusive language and making derogatory remarks against the Prophet.

In its complaint the forum has asserted that the video was circulated on social media platforms to trigger Communal Hatred and disharmony in the region.

The complaint further stated that the video was in violation of the Constitution of the country and was a threat to the harmony and law and order in the region. It also demanded immediate arrest of Madhugiri and called for strict action under law against him.