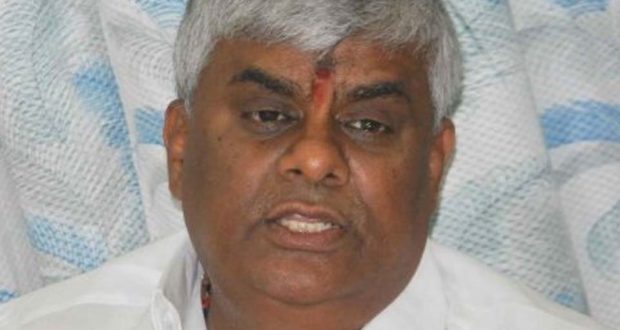 Dakshina Kannada got 5th rank in SSLC because it voted for BJP: Minister Revanna

In terms of pass percentage and number of toppers, Hassan has left other districts behind in the 10th exam conducted by the Karnataka Secondary Education Examination Board.

It was followed by Ramanagara.

Incidentally, Udupi and Dakshina Kannada had always been BJP stranglehold areas whereas Hassan and Ramanagara have been JD(S) citadels.

Buoyed by the unprecedented performance, Revanna, who is son of former Prime Minister H D Deve Gowda and brother of Chief Minister H D Kumaraswamy, gave credit to his father and blamed the BJP mindset behind Udupi and Dakshina Kannada’s poor performance this year.

Speaking to reporters in Hassan, Revanna, the PWD minister, said “Somebody from South Canara (Dakshina Kannada district) said the district was pushed to fifth position due to voting for BJP.

If you vote for secularism, you will come in the first position. It is an example that they (people of Dakshina Kannada) are not focusing on education.”

Regarding his father, he said “There is a divine grace.

Deve Gowda has a role in our district too – It’s his guidance.

Due to his directions, the district (Hassan) has topped in the state. Ramanagara is in the second position.”

The BJP responded to Revanna’s statement in a humorous way.

“This is not the fact. Actually, such result was the outcome of lemons Revanna carries with him always,” BJP spokesperson Go Madhusudan quipped.

Revanna, a JD(S) MLA known for his superstitious beliefs, always carries with him lemon to ward off black magic and evil forces.

He was also seen moving around holding at least eight lemons in hand when the Congress workers refused to support Revanna’s son Prajwal, who is contesting his maiden election from Hassan Lok Sabha constituency.