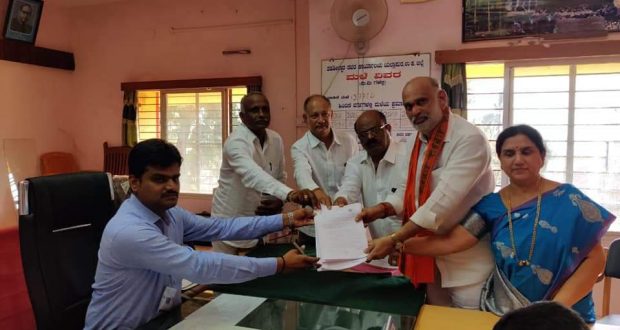 11 candidates in fray for Yellapur by-polls

Yellapur: As many as 11 people have filed nominations from the Yellapur constituency for the upcoming by-polls.

All-in-all, 11 candidates are in the fray and 20 nominations have been filed.

Meanwhile, speaking to reporters, sitting MLA Sriram Hebbar, who tendered his resignation recently along with 16 other MLAs, said that he has resigned and decided to join the BJP. “I am contesting on the BJP’s ticket and I am confident that my people will support me in this decision. The development of my constituency is my sole aim. I am not bothered about who is contesting against me,” he said.