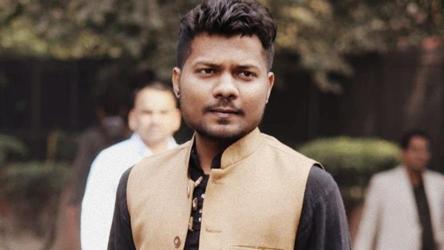 The wife of journalist Prashant Kanojia, who was arrested on Saturday for sharing a post on Uttar Pradesh chief minister Yogi Adityanath, moved the Supreme Court on Monday. The court agreed to hear the plea on Tuesday.

Prashant Kanojia last week shared a video of a Kanpur-based woman making allegations against Adityanath. He was picked up from his Delhi home on Saturday morning and sent to jail in the evening. The woman has also been arrested.

Senior superintendent of police (SSP) of Lucknow, Kalanidhi Naithani, said the initial probe provided evidence against Kanojia under Section 505 of IPC for making, publishing or circulating false statements, report or rumour and under Section 67 of the Information Technology Act for transmitting obscene material in electronic form.

The SSP said the FIR against Kanojia was earlier registered under Section 500 of the IPC (defamation) and Section 66 of the IT Act (computer-related offences) at Hazratganj police station on Friday night. But police did not provide any corroborative evidence about the new sections, or whether a magistrate had signed off on the defamation charge.

On Sunday, police added fresh charges against Prashant Kanojia. Police also sealed the premises of a private television news channel in Noida for allegedly running without a licence, a day after arresting its chief and editor, also for broadcasting content allegedly defaming Adityanath.

The police action has sparked outrage in media circles. The Editors Guild of India has criticised the arrest as “authoritarian misuse of laws”.

Previous: Karnataka government announces holiday on account of Girish Karnad’s demise
Next: US newspapers struggle but Google made $4.7bn from news in 2018: Report