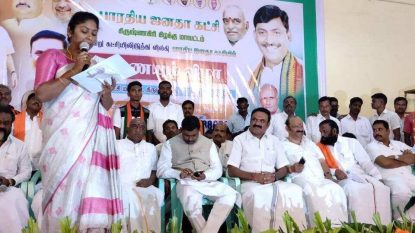 “I want to work for the poor and underprivileged irrespective of their caste and religion. Prime Minister Narendra Modi’s schemes are for the people and I want to take them to the people,” Vidya Rani said after joining BJP.

Besides Vidya Rani, the event saw as many as 1,000 members from other political parties join the BJP.

Previous: Darren Sammy to be given honorary citizenship of Pakistan on March 23
Next: Bengaluru: Customs sleuths seize Ephedrine worth Rs 5 crore concealed in wedding cards