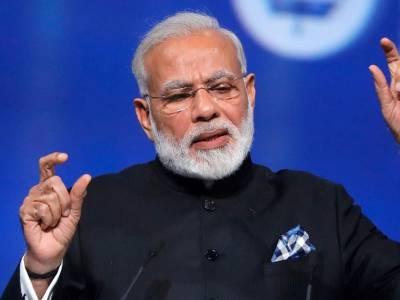 It’s time to find out diplomatic solution: PM Modi on row over China

New Delhi: Prime Minister Modi has asked his government to find a diplomatic solution for row over Doka La in the Sikkim sector and has said that ‘it is enough of the confrontation’. The Modi government has deployed National Security Advisor Ajit Doval to find a solution formula with Beijing.

According to a report published on Sunday in IBT, PM Modi has requested his colleagues, home ministry and also the Army Chief to turn down the rhetoric on China. Meanwhile, the external affairs ministry is trying to ensure that talks with Beijing continue so that the crisis can be resolved gradually.

Ministers such as Arun Jaitley and Army Chief like Bipin Rawat have used strong rhetoric against Beijing over the Doka La standoff, inviting harsh reaction from the Chinese as well. Before PM Modi’s visit to China for the BRICS summit in September, New Delhi is trying to soften its stand.

Though technically it is a matter of disconnect between China and Bhutan, India entered the dispute backing Bhutan objecting to Beijing’s plan of building a road into the Doka La plateau.

The media of both the countries have attacked each other in fierce terms since they locked horns, casting a shadow on Modi’s meeting with Chinese President Xi Jinping at the G20 summit held in Hamburg in Germany earlier this month.