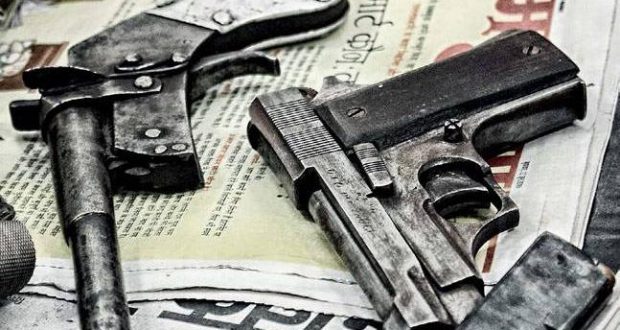 Soldier kills wife, shoots himself in front of kids in running car in Patna: Cops

An army trooper who was home on leave allegedly killed his wife and sister-in-law before shooting himself in front of their two children in a moving car in Saidabad area near Patna on Sunday, police said.

“Thereafter he shot himself. During investigation, it came to light that the army man was suffering from dengue for last two months. It also came to light that Vishnu’s behaviour was not normal these days due to the illness. They were coming to Patna for treatment from their village at Ara,” he added.

The DSP said Vishnu’s two sons who were sitting with their maternal grandfather in the front seat, were safe. “As soon as the police received the information, they reached the spot and took the bodies in possession and sent them for post-mortem examination,” he added.

He said the police seized the pistol used in the crime and Vishnu’s identity card. Police also seized the car. “A Forensic Science Laboratory (FSL) team has also been pressed into service to collect the blood samples from the spot,” he added.

Police said the pistol was a licensed one. Vishnu’s older son who is seven years of age told reporters that he and his father, mother and others were in the car when the incident occurred. “Father first shot our aunt then our mother and then killed himself in the running car. Later our grandfather got down from the car and sought help from the locals,” he said.

Police said that Vishnu, who was a resident of Lalganj in Bhojpur district, had a heated argument with his wife just before he shot her. “He had recently come to his village for treatment from Gujarat after taking leave. After the incident, the other family were informed about the incident,” the DSP said.

Police said Vishnu had been behaving irrationally over the past few days and was prone to losing temper quickly.

In a similar crime on June 11, Nishant Saraf, 37, a prominent businessman of Patna, killed his wife Alka Saraf, 35, and daughter Ananya, 9, and then he committed suicide by shooting himself at his flat. However, their son Ishan, 4, was safe.