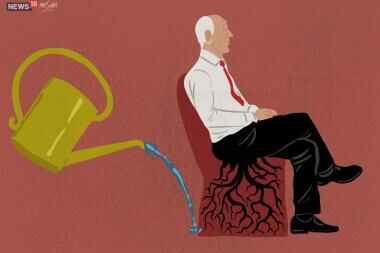 New Delhi: With India’s population likely to grow at under 0.5 percent during 2031-41 as a result of dipping fertility rate and increased life expectancy, the Economic Survey of 2019 has pointed out that “an increase in retirement age is perhaps inevitable”.

“Since an increase in the retirement age is perhaps inevitable, it may be worthwhile signaling this change well in advance – perhaps a decade before the anticipated shift – so that the workforce can be prepared for it,” the survey said

It argued that this would be helpful in planning an advance for pensions and other retirement provisions, with life expectancy likely to improve. It cited demographic projections that show India’s population growth to decline over the next two decades, growing at less than 1 per cent during 2021-31 and under 0.5 per cent during 2031-41.

“Such population growth rates would be close to the trend currently seen in countries such as Germany and France. In fact, with total fertility rates (TFR) projected to fall well below replacement level fertility by 2021, positive population growth in the next two decades will be due to population momentum and the continued rise in life expectancy,” it added.

The survey underscores that TFR levels had reached as low as 1.6 – 1.7 in states like Delhi, West Bengal, Tamil Nadu, Andhra Pradesh, Telangana, Punjab and Himachal Pradesh – while states with higher fertility rates such as UP, MP, Uttarakhand have also seen a sharp decline.

This, the survey said, indicated that India had entered the next stage of demographic transition. “Although the country as a whole will enjoy the ‘demographic dividend’ phase, some states will start transitioning to an ageing society by the 2030s. A surprising fact is that population in the 0-19 age bracket has already peaked due to sharp declines in total fertility rate (TFR) across the country,” it added.

Taking into account the change in age composition, the survey argued that India’s working-age population will continue to increase through 2041, rising by 96.5 million during 2021-31 and by 41.5 million during 2031-41. This would have implications for the “required rate of job creation in the economy”.

It added that this would have implications on education, for instance vis a vis the proportion of children going to elementary school. It said, “The number of school-going children in India will decline by 18.4 per cent between 2021 and 2041. This will have very important social and economic consequences” and argued that instead of building new schools, states should pay closer attention to merging or consolidating existing schools.

“It is important, therefore, that working assumptions and projections are constantly revised in light of new evidence (especially in the age of big data) for areas such as urbanization, energy requirements, forest cover, water availability, climate change and other long-term factors that have a large impact on the socio-economic context in which government policy interventions play out,” the survey added.