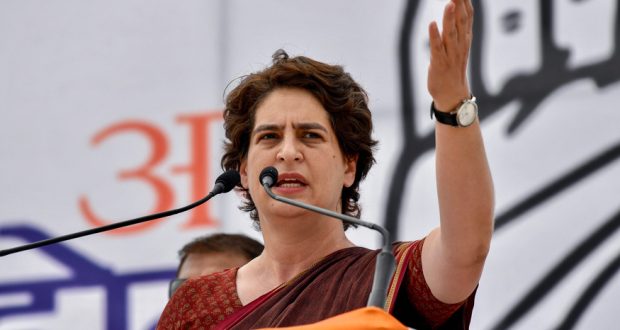 New Delhi: Congress leader Priyanka Gandhi Vadra on Wednesday hit out at the BJP government in Uttar Pradesh, saying its report card on the completion of its three years is “filled with lies”.

Uttar Pradesh Chief Minister Yogi Adityanath held a press conference on the occasion of the BJP government in the state completing three years and announced the achievement of his dispensation.

“The BJP government of UP is releasing its report card. In this report card filled with lies, big claims have been made about women’s safety. But after the horrific Unnao incident, the incident in Lakhimpur today exposed the claims of women safety. When will the government wake up?” Priyanka Gandhi said in a tweet.

According to media reports, a minor was raped in Lakhimpur district and her nose was slit.