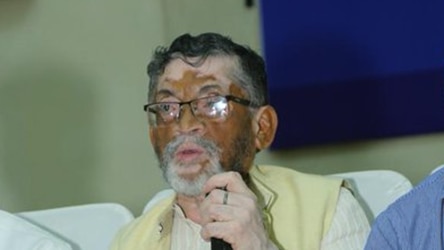 Amid a debilitating economic slowdown, Union minister Santosh Gangwar has claimed that there was no dearth of job opportunities in the country but North Indian candidates lacked qualifications.

“I want to say that there is no dearth of job opportunities in the country. Those who come for recruitment in north India often complain that they are unable to find the quality in candidates required for the post they are hiring for,” said Gangwar, MoS (Independent Charge), Ministry of Labour and Employment said at a press conference in Bareilly on Saturday, according to ANI.

“I am looking after the same ministry and I monitor the situation on a daily basis. There is no dearth of employment in the country. We have employment exchanges for a purpose and we have also developed a separate system. Our ministry monitors the situation,” Gangwar said.

His statement comes at a time when there has been massive lay offs in the auto sector amid falling sales and the country’s GDP plunging to a six-year low of 5% in the first quarter of the current fiscal.

Gangwar’s remark is also in sharp contrast to the government’s jobs report in May that suggested that the country’s unemployment was at a four-decade high.

On Saturday, Union finance minister Nirmala Sitharaman announced another set of measures to boost the economy that included over Rs 50,000 crore package for exports and creation of a Rs 20,000 crore fund for unfinished real estate projects to complete about 3.5 lakh dwelling units in affordable and middle income segments.