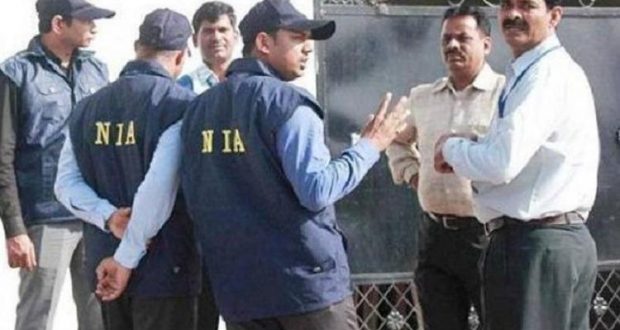 A day after the National Investigation Agency (NIA) got police custody of 16 persons arrested in connected to the ‘Tamil Nadu Ansarulla Case’, searches were conducted in the residences of 14 accused men. Teams were sent to their homes across Tamil Nadu to gather any incriminating evidence pointing to their alleged allegiance to terrorist organisations including ISIS, Al Qaida and SIMI.

Between July 13 and 15, the NIA arrested 16 persons from Tamil Nadu. Of these, 14 were deported from UAE while the other two accused Harish Mohamed and Haasan Ali were arrested from their residences in Nagapattinam. According to NIA sources, UAE authorities identified illegal transactions, traced it to the 14 accused and then deported them after informing the Indian Government.

According to an NIA press release, the accused persons, “had conspired and conducted preparations to wage war against the Government of India by forming a terrorist gang Ansarulla. Accused persons and their associates had also collected funds and made preparations to carry out terrorist attacks in India, with the intention of establishing Islamic rule in India. Accused persons have been actively recruiting individuals to strike terror in India and have also been routinely posting videos and other jihadi propaganda material exhorting their supporters to conduct terrorist attacks using various methods including the use of explosives, poison, knives and vehicles, as means of attack.”

The 14 accused deported from UAE were allegedly involved in collecting funds for terror activities while the two main accused, Harish Mohamed and Haasan Ali were allegedly masterminding the efforts. Wahdat-e-Islami (WEI) Tamil Nadu leader Syed Mohammed Bukhari has also been named in the case but not been arrested yet.

“As per the available information, Haasan Ali is an ISIS operative and he is actively recruiting individuals to strike terror in India,” reads the FIR.

The counsel for the accused, however, alleged that the men could be harassed mentally and physically by the NIA and false evidence created while in custody. The advocate for the accused pointed out that despite arresting them on July 14, they were not produced before a judge till the next day and demanded where they were housed till the time there were brought to court.

After listening to arguments from both sides, the judge agreed to give police custody of the accused on the condition that their lawyer could visit them every day. The police will have custody of all 16 men till July 26.