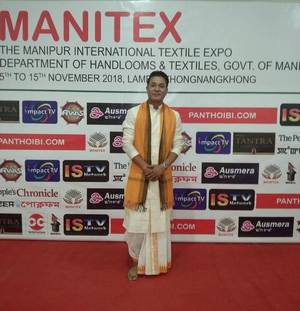 A Manipur journalist, who was granted bail last month after being arrested on charges of sedition for an allegedly offensive Facebook post on Chief Minister Nongthombam Biren Singh, has been detained for 12 months under the National Security Act (NSA).

Kishorechand Wangkhem, 39, who was working as an anchor-reporter for local news channel ISTV, was arrested on November 21 after he uploaded a video on social media criticising the Bharatiya Janata Party and the Rashtriya Swayamsevak Sangh and calling Mr. Singh a “puppet of Hindutva.”

The police alleged that he had used foul language to condemn Mr. Singh and his government for organising a function to commemorate the battle of Rani of Jhansi against the British and linking it to Manipur’s freedom movement. He was arrested under the IPC section dealing with sedition, but released on bail on November 25. He was taken into custody again two days later and detained under the NSA.

Mr. Wangkhem has since been lodged at the Sajiwa Central Jail on the outskirts of Imphal. The Advisory Board under NSA later gave its opinion that there were “sufficient grounds” to place Mr. Wangkhem in preventive detention. Governor Najma Heptulla confirmed his detention under the NSA, which provides for jailing a person for a maximum period of one year.

Though several organisations including the Manipur Students’ Association, Delhi, protested against the journalist’s detention, no media organisation in the State has spoken up for him as it is not the first time he has been embroiled in such a controversy.

Another person, Lairikyengbam Dayananda, was also arrested separately in the capital for allegedly mocking the Chief Minister on Facebook. The latter, reports said, spent the night of December 15 in a police lock-up for using derogatory words in his post.

2018-12-20
Ismail Zaorez
Previous: President’s rule imposed in Jammu and Kashmir
Next: Karnataka to set up panel to study drought situation 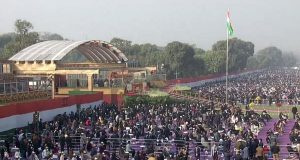