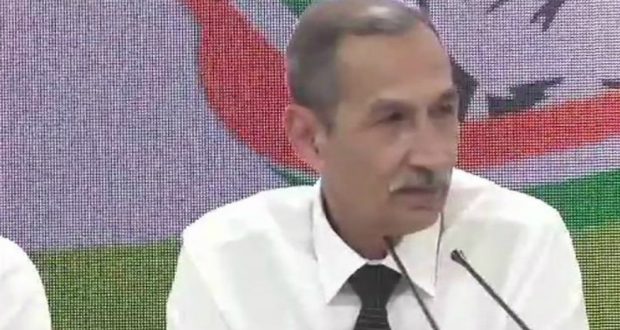 “Yes it does hurt when such things are said about a martyr, be it from the Army or the Police, full respect should be given. These utterances are not good,” General Hooda, who was the Northern Army Commander during the ‘surgical strike’ in September 2016, said at the official release of his report on national security for the Congress.

Thakur had earlier said late ATS chief Karkare, who lost his life in the 26/11 Mumbai attacks, died because she had “cursed” him.

“He tortured me and subjected me to harsh abuse which was unbearable. I told him he will be destroyed. A little over a month later ‘sutak’ (ritual observed after death of a family member) was going to start … just over a month later, he was shot dead by terrorists and the inauspicious period ended,” she said.

Under attack from all quarters, she clarified her controversial remarks and said she was taking back her statement.”I felt that the enemies of the country were extracting benefit from my comment, therefore I take back my statement and apologise for it. It was my personal pain,” she had said. “He (Hemant Karkare) died from the bullets of terrorists from the enemy country, he is certainly a martyr,” she added.

Karkare was killed along with two other senior police officers while fighting terrorists during the 26/11 attacks in Mumbai in November 2008.

The BJP distanced itself from the controversial comment saying it was her personal view which she might have made “due to years of physical and mental torture”. “BJP considers Karkare a martyr. This is Sadhvi Pragya’s personal statement which she might have given because of the mental and physical torture she had faced,” the party said.

Leading the opposition charge, the Congress said Prime Minister Narendra Modi must apologise for Thakur’s remarks and take action against her. Congress chief spokesperson Randeep Surjewala said the remarks were an insult to every soldier who has sacrificed his life for the country while fighting terrorism.

Reacting to Thakur’s statement, Digvijaya Singh, who is fighting her in Bhopal, said: “Hemant Karkare was a dedicated officer. He laid down his life for the country and we should be proud of him. No one should comment on it.”

The IPS Association had also condemned the remarks against the late police officer. “Ashok Chakra awardee late Sri Hemant Karkare, IPS made the supreme sacrifice fighting terrorists. Those of us in uniform condemn the insulting statement made by a candidate and demand that sacrifices of all our martyrs be respected,” the association tweeted last week.

Previous: 158 dead, 400 injured in multiple blasts in Sri Lanka on Easter Sunday
Next: Indian, Australian warships arrive in China for Naval Parade, Pakistan to give it a miss