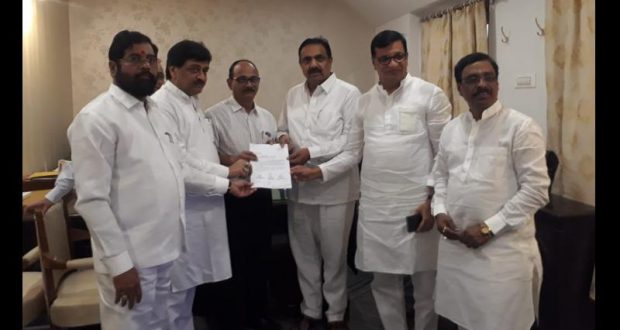 Mumbai: Congress-NCP-Shiv Sena leaders on Monday, submitted a letter staking claim to the officials at Raj Bhavan to form the government in Maharashtra, saying that the present government doesn’t have the numbers.

This move came during the ongoing SC hearing of Maharashtra government debacle. 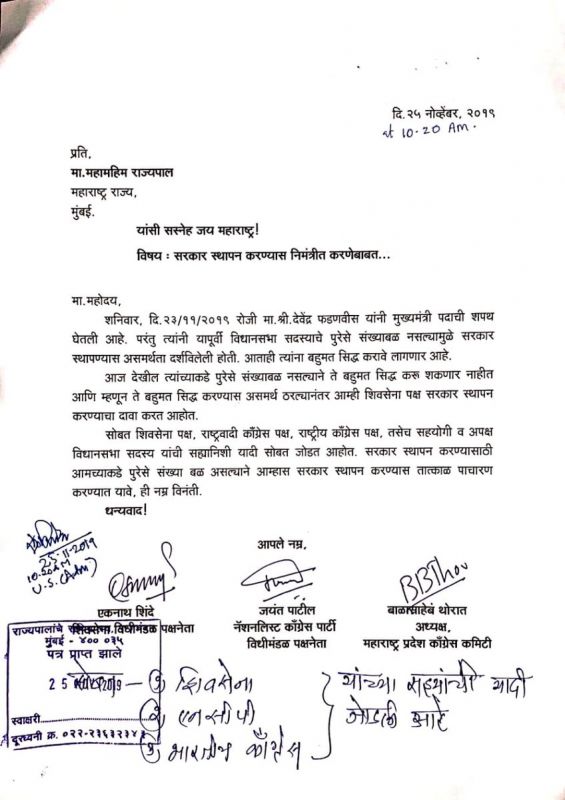 Solicitor General Tushar Mehta during the SC hearing said, ”Shiv Sena has 56, NCP — 54 and INC — 44 seats. There was talk about horse-trading but Guv possibly felt that the entire stable is stolen. I’m seeking time to file reply as there are questions that need to be discussed.”

The three-party alliance has been asserting that they have the numbers to form a government in Maharashtra.

The SC is likely to take a call on a floor test in Maharashtra.

The SC on Sunday asked the Centre to produce two letters by Monday— one from the Chief Minister Devendra Fadnavis to prove majority and another from the Governor inviting him to form the government.

Early on Saturday morning, in a major political twist, BJP’s Devendra Fadnavis took oath as Chief Minister of Maharashtra and Ajit Pawar as his deputy. The move came just hours after NCP-Shiv Sena-Congress had sealed a deal to form the government in the state.