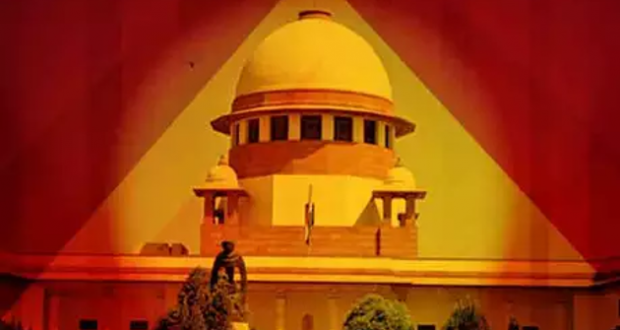 New Delhi: New Delhi: Kerala on Tuesday became the first state to challenge the amended citizenship law after the Pinarayi Vijayan government filed a suit in the Supreme Court, seeking a direction to declare the contentious legislation unconstitutional.

The Kerala Assembly had in December passed a resolution against the Citizenship Amendment Act, asking the Centre to cancel the contentious legislation that has triggered countrywide protests. The resolution was supported by all the MLAs except BJP’s O Rajagopal.

The resolution was moved by Kerala Chief Minister Pinarayi Vijayan, who has accused the BJP government of executing the RSS agenda of dividing the nation on communal lines by passing the Act.

“I want to make it clear that no detention centres will come up in Kerala. Kerala has a long history of secularism, Greeks, Romans, Arabs, everyone reached our land. Christians and Muslims reached Kerala in the very beginning. Our tradition is of inclusiveness. Our assembly needs to keep the tradition alive,” he had said.

Calling the implementation of CAA a “violation of the fundamental right of equality”, the Kerala CM had said, “The CAA 2019 passed by both houses of the Parliament has created concern among various communities, there has also been state wide protest against the same. In Kerala there has been a peaceful and untied agitation in general (against the CAA).

“The Act, which has set new guidelines for granting citizenship, is a violation of the fundamental right of equality as mentioned in the part III of the Constitution.”

A day after the Citizenship Bill was passed in the Rajya Sabha on December 11, Vijayan had lashed out at the Narendra Modi-led government and said the “unconstitutional Bill” will have no place in Kerala and the state will not implement it.

While asking the people to oppose the Bill, Vijayan had claimed that the proposed law is a rejection of secularism and the saffron party had made it clear that its main political plank is communalism.

Howvever, after the Kerala Assembly passed the resolution, Kerala Governor Arif Mohammed Khan said the move had no constitutional or legal validity as citizenship was a central subject.

“This resolution has no legal or constitutional validity because citizenship is exclusively a central subject, this actually means nothing,” said Khan.