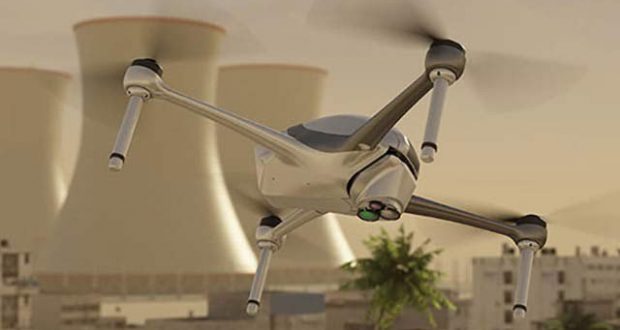 Forces on alert after drone enters Punjab from Pakistan

Security forces along the Pakistan border in Punjab’s Hussainiwala sector went into a flutter after a drone was sighted entering the Indian side from Pakistan on Monday night, weeks after Punjab forces confirmed at least eight drone sorties, carrying a total of 80 kg of weapons, were sent across the border into Punjab by Pakistan-based Khalistani terror.

“Last night in between 2200 hrs to 2240 hrs, sleuths of 136 battalion of border security force in Hussainiwala Joint Check Post area had sited high flying drone type objects 5 times (four times inside Pak side only) while one time the object was seen entering Indian side up to about one kilometer,” revealed official sources on condition of anonymity.

Later, one object was noticed going towards Pakistan side but mid way its lights and sound went off and could not be sited further, the source added. A search operation is on after the BSF informed Punjab Police. The local police are investigating the matter, sources said.

Security agencies had earlier confirmed that arms and ammunition were sent across the border into Punjab by Pakistan using the Khalistan Zindabad Force (KZF) network between September 9 and 16 in eight sorties.

The entire consignment was supported by Pakistan’s spy agency Inter Services Intelligence and orchestrated through Germany and Lahore, sources in intelligence agencies had said.

The details of these drops emerged following investigations that led to and following the September 22 weapons seizure at Tarn Taran district; the eight payloads were dropped in Amritsar and Tarn Taran.

The Punjab police had on September 24, arrested KZF workers from Chola Sahib village in Tarn Taran and seized five AK-47 rifles, along with huge cache of ammunition and communication equipment.

“During interrogation, the accused disclosed that they burnt the drone which failed to fly back to Pakistan after dropping weapons near a border village in Tarn Taran. We immediately dispatched our team and the half-burnt drone was recovered from an abandoned field in Chabhal town,” a senior police official involved in the investigation had said.

The border security forces have been on alert following reports of drones dropping weapons into the Indian territory and returning undetected to Pakistan.