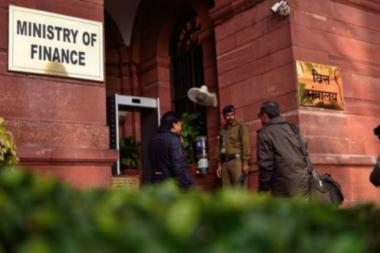 New Delhi: Twelve senior government officers, including a chief commissioner, principal commissioners and commissioner of the Income Tax Department, were directed by the Finance Ministry to retire under Rule 56 of the General Financial Rules (GFRs) on Monday.

Sources said some of these officers were found guilty of corruption, having illegal and disproportionate assets and sexual harassment.

Officers who were shown the door on Monday included Ashok Agarwal (IRS, 1985), Joint Commissioner (Income Tax) on grounds of serious complaints of corruption and major extortion from businessmen, S K Srivastava (IRS, 1989), Commissioner (Appeal), Noida, accused of sexual harassment of two women IRS officers of Commissioner rank, Homi Rajvansh (IRS, 1985) who had acquired movable and immovable assets worth over Rs 3 crore in the name of self and his family members and BB Rajendra Prasad on allegations of obtaining illegal gratification in lieu of passing a favourable appeal order in a case.

News18 had earlier reported that the Cabinet Secretariat and the Central Vigilance Commission had over the past few days given verbal instructions to the vigilance heads in many departments to expedite the process of identifying officers for compulsory retirement under Fundamental Rule 56(j) of Central Civil Services (Pension) Rules, 1972.

Though 56(j) that provides for compulsory retirement of government staff in public interest has existed for several decades, it has sparingly been invoked.

Under the section, the performance of an officer who has turned 50 or 55 or has completed 30 years of service (whichever is earlier,) is being reviewed to ascertain if he/she is liable for compulsory retirement.

This rule to punish non-performers was revisited immediately after the first Modi government came to power in May 2014.

Previous: Trump says India’s 50% tariff on US motorcycles unacceptable
Next: Two-year-old rescued from inside borewell after 109-hour long efforts