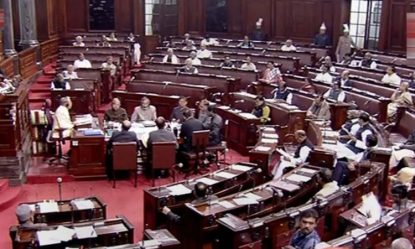 The Election Commission of India (ECI) on Tuesday said polling for 55 Rajya Sabha seats spread over 17 States set to be vacated in April will be conducted on March 26.

Announcing the schedule, the ECI said in a statement: “The term of office of 55 members of the Rajya Sabha elected from 17 States is due to expire on their retirement in April, 2020.”

According to the schedule for the elections, the notification would be issued on March 6, the last date of filing of nominations would be March 13 and polling would be on March 26, from 9 a.m. to 4 p.m. The votes would be counted at 5 p.m. on the same day.

While seven vacancies are from Maharashtra, six are from Tamil Nadu, followed by five from West Bengal and Bihar, four each from Odisha, Gujarat and Andhra Pradesh, three each from Assam, Madhya Pradesh and Rajasthan, two each from Telangana, Chhattisgarh, Haryana and Jharkhand, one each from Himachal Pradesh, Manipur and Meghalaya.

The ruling Bharatiya Janata Party and the opposition Congress are expected to win most of the seats in the elections but the two will also see their strength diminished marginally.

The Trinamool Congress and the YSR Congress Party are expected to make significant gains in the 245-member Upper House after the March 26 elections.