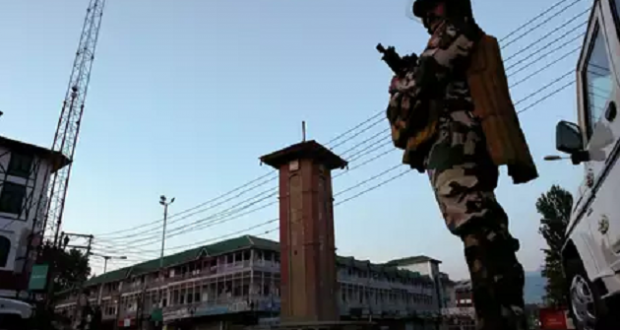 New Delhi: The Congress has decided to boycott the Block Development Council elections in Jammu and Kashmir in protest against the continued detention of senior political leaders in the Kashmir valley. The two key political parties of Jammu and Kashmir – the National Conference and Mehbooba Mufti’s People’s Democratic Party, whose leaders have been under detention for more than 70 days – have boycotted the polls.
The elections, due on October 24, is aimed at normalising the situation in Jammu and Kashmir and starting the democratic process, the Centre has said.

“The Congress believes in strengthening of democratic institutions and never shied away from any polls,” state Congress president G A Mir was quoted as saying by news agency Press Trust of India. “But today, we are compelled to take a decision to boycott BDC polls due to indifferent attitude of the state administration and continued detention of senior party leaders in the valley,” Mr Mir added.

Around 400 political leaders of Jammu and Kashmir were placed under detention or house arrest as part of the statewide lockdown to prevent any backlash over the government’s August 5 announcement of the move to end the state’s special status and its bifurcation into two Union Territories.

The restrictions are being relaxed in a phased manner, depending on the ground situation, the government said.

After the announcement of the Block Development elections on September 29, all the detained political leaders in Jammu were released. The Kashmiri leaders would be released in a phased manner, Farooq Khan, advisor to Governor Satya Pal Malik, said.

There has been no word on when the process of releasing the Kashmiri leaders – including former Chief Ministers 83-year-old Farooq Abdullah, his son Omar Abdullah and Peoples’ Democratic Party chief Mehbooba Mufti — would begin.

The Satya Pal Malik administration believes that the situation in the Kashmir Valley has been peaceful because the leaders have been placed under detention.

“The results of these detentions are clear. If you look at instances in the past, Kashmir has always witnessed a bloodbath after any such move. It didn’t happen this time because these leaders were kept out,” Farookh Khan had told NDTV.

Mr Khan has rejected suggestions that it was irregular to hold BDC elections despite 61% of the panchayat seats still lying vacant. “The benefits of rural development schemes should not be denied just because a certain number of panchayat seats are vacant,” he said.

As many as 12,000 panchayat seats in Jammu and Kashmir have been vacant since last year as the key parties boycotted the elections to protest against what they said were the government’s attempts to “undermine” the special status granted to the state under Article 370.