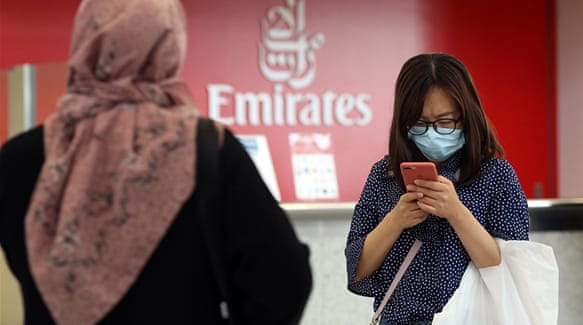 The United Arab Emirates (UAE) has confirmed the first cases in the Middle East of the new deadly coronavirus, saying that doctors were treating a family that had recently come from a city at the centre of the outbreak.

The UAE’s Ministry of Health said on Wednesday it had diagnosed the coronavirus in the Chinese family. Those diagnosed with the virus were in stable condition and under medical observation, the ministry said in a statement carried by the state news agency WAM.

It was not immediately clear how many people have been infected or which of the seven emirates the cases had been detected in.

Officially known as 2019-nCoV, the virus was first detected in the Chinese city of Wuhan in December last year.

It has so far killed at least 132 people and infected some 6,000 others globally, surpassing the number of cases diagnosed during the SARS epidemic of 2002-2003.

Cases have been confirmed in several countries in the Asia-Pacific region as well as Europe and North America. These include Australia, Canada, France, Germany, Japan and the US.

Tedros Adhanom Ghebreyesus, director general of the World Health Organization, who is on a visit to Beijing, has acknowledged the respiratory illness is an emergency in China but said last week it was too early to declare the outbreak a public health emergency of international concern.

The agency has described the global risk from the virus as high.