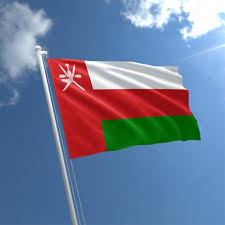 Two of the 15 people from Telangana who were stranded in Oman after they lost their jobs, arrived home on Saturday.

The Indian embassy and Telangana government facilitated the return of the migrants who were working for a construction firm in Muscat. Trouble began for them more than six months ago as they stopped receiving their salaries but continued working in the hope of availing arrears.

“On pay day every month, we were told we would be paid next month. When we left Muscat, we were not given anything,” said B. Ravi of Karimnagar district, who returned on Saturday.

The migrants say a dispute within the senior management led to the closure of the firm in Muscat. Efforts to land jobs in other firms proved futile, forcing their return to India. About half-a-dozen migrants from Telangana who are still in Oman, are expected to return on Monday.

With debts to clear and families to feed, the migrants face a bleak future.

“The Indian embassy is pursuing our case to get us our dues. But we cannot count on this,” Mr. Ravi added.

The migrants say the situation in which the employees were forced to leave the country traumatised them. They were questioned by Omani police and had to face court, just to prove they were legal migrants and were made to feel like they were criminals trying to flee.

The Indian embassy in Oman arranged flight tickets for the migrants while the Telangana government facilitated the return of the migrants to their villages on their arrival at Hyderabad airport.