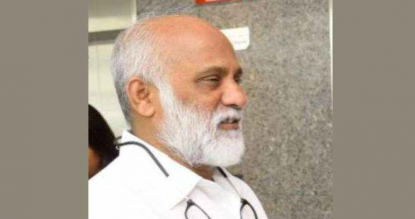 Dubai: Prominent Indian social worker Nazar Nandi, who touched hundreds of lives in the UAE and India through his community activities, died of a heart attack here on Sunday.

Nandi, who was in his mid-fifties, was rushed to a hospital after he suffered chest pain and passed away on Sunday morning, the Gulf News quoted community sources as saying.

The prominent social worker from Kerala was known for offering his voluntary service for the repatriation of the human remains and bedridden patients and helping people seeking visa amnesty or in distress.

He was also a volunteer who supported various community activities of the Dubai Police and the Indian Consulate in Dubai.

Nandi also helped, with many other volunteers in the UAE, with the relief operations and sent basic necessities to families in Kerala that were affected due to devastating floods which killed nearly 100 people.