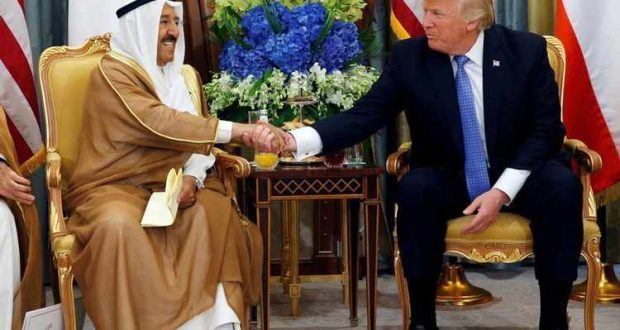 Manama: The visit by Kuwait’s Emir Shaikh Sabah Al Ahmad to Washington is “historic both in the timing and the level of the accompanying delegation” and comes at a “very delicate time due to the challenges and crises in the Arab region,” the Kuwaiti ambassador to the US has said.

The visit is in response to an invitation extended by US President Donald Trump in February, shortly after his inauguration, Shaikh Salem Abdullah Al Jaber Al Sabah told Kuwait News Agency (Kuna).

Shaikh Sabah — who is accompanied by a high-calibre official and business delegation — and President Trump will meet at the White House on Thursday.

The ambassador said that the talks between the two leaders “would build on the outcome of their talks on the sidelines of the Gulf-American Summit in Riyadh in May.”

The talks will also be a continuation of the fruitful consultation between the two leaders and a reflection of the strength of friendship bonds linking the two nations, the ambassador added.

The meeting will address bilateral relations and regional and international developments of mutual interest, and cooperation in the fight against terror will figure high on the summit’s agenda, the envoy said, stressing that Kuwait is a major partner to the US in the war on terror.

Kuwait’s Deputy Prime Minister and Finance Minister Anas Al Saleh will head the Kuwaiti side at the forum aiming to “bring together a plethora of Kuwaiti and American officials and businesspeople to discuss efforts to remove obstacles to joint investments as well as make use of the available investment opportunities.”

The second round of the strategic Kuwaiti-US dialogue will be held in Washington on Friday as well, the ambassador said.

“This historic visit signals the start of a new chapter in bilateral relations as the leaders of the two countries are seeking to lay foundations for more developed relations in the coming 25 years,” the ambassador said.