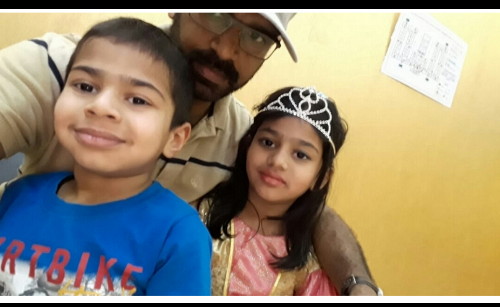 The Sharjah Civil Court has ordered Dr Sunny Medical Centre to pay Dh200,000 compensation and an additional Dh200,000 in legal costs to the family of a Sharjah-based nurse who died due to medical negligence.

Joseph Abraham and family has won a legal battle against those responsible for the death of his 32-year-old wife Blessy Sara, who died in Sharjah in November 2015, Salam Pappinserry, a legal consultant with Ali Ibrahimm Advocates and Legal Consultants told Khaleej Times.

The court has ordered the clinic and the doctors who treated Blessy Sara – Dr Darshan Prabhat Rajaram and Dr P Narayanara – to pay blood money to the husband and children of the deceased. “It is said that the doctors are currently absconding. They left the country to avoid prosecution and the police have not been able to arrest him yet. However, we will pursue all legal routes to bring them to justice,” said Pappinserry.

Originally from Kollam district in Kerala, Blessy was a staff nurse at the Sharjah University Hospital. Blessy was breast-feeding her second child while she sought treatment for a breast infection at the clinic in November 2015, explained Pappinserry.

“The doctors gave an antibiotic injection without giving the mandatory test dose. Reacting to the drug, Blessy became unconscious and was rushed to Al Qassimi Hospital in Sharjah where she died a few hours later.

“The death certificate issued by the hospital stated that Blessy died of cardiac arrest caused by anaphylactic shock,” added Pappinserry.

The Ministry of Health (MoH) investigation report submitted at the court confirmed the death certificate verdict that Blessy’s death was caused by anaphylactic shock due to gross negligence by the doctor as well as the hospital.

“The hospital authority denied this finding and contented that they did not made any medical negligence. But the court rejected the contention of hospital and issued this landmark verdict. As per the judgment court ordered to share the amount of compensation between the husband and two children,” said Pappinserry.

“Since the doctors have left the UAE to India, further actions are being taken through the Indian Medical Council,” he added.

Previous: Motorists can show docs in Digilocker during traffic checks: Bengaluru cops’ U-turn
Next: Pakistan denies President Kovind’s request to use its airspace for his flight to Iceland