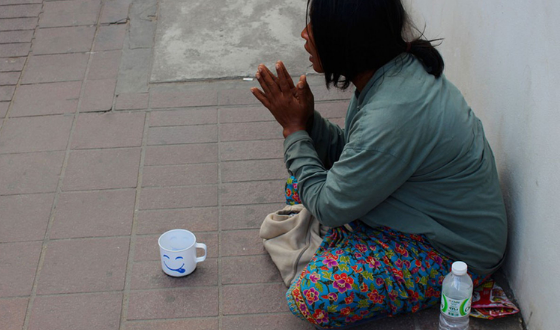 Dubai: Authorities are maintaining a firm stance against begging and called on residents not to fall for scams that take advantage of people’s kind nature, especially during the month of Ramadan.

The provisions of Federal Law No. 9 of 2018 states that those found guilty of begging will be penalised with a Dh5,000 fine and a three-month jail term.

To raise awareness against aiding beggars in the UAE, the Public Prosecution in Dubai took to Twitter at the start of Ramadan to deter residents from handing out cash and issued a reminder that begging is categorised as a criminal activity.

The public prosecution advised residents that beggars exploit others, and pointed out that begging threatens the stability of society.

“Be careful to where you give your charities as most of it reach to those who don’t deserve it,” said the tweet, accompanied with the Arabic hashtag #Ramadan.

Police across the emirates have launched their own respective campaigns against illegal begging, and stressed that public donations must be made through authorised charities in the country.

In an awareness message, Sharjah Police warned residents against the many dangers related to begging, which include theft, criminal trespassing, sexual harassment, and indulging in vices.

“Part of the scam carried out by organised gangs include using children as beggars, as well as those who are sick and people of determination, in order to trick and exploit residents into giving away money,” said police.

The General Directorate of Sharjah Police urged the public not to respond to beggars’ demands, or show any feelings of pity and compassion based on their appearance.

Beggars who are spotted in front of a mosque, wandering in a neighborhood, or begging anywhere in public, should be immediately reported to police on the toll-free number 901.