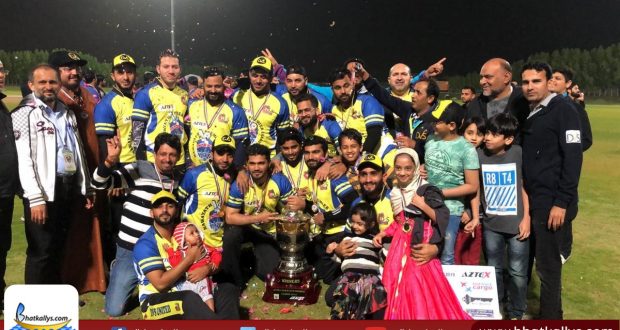 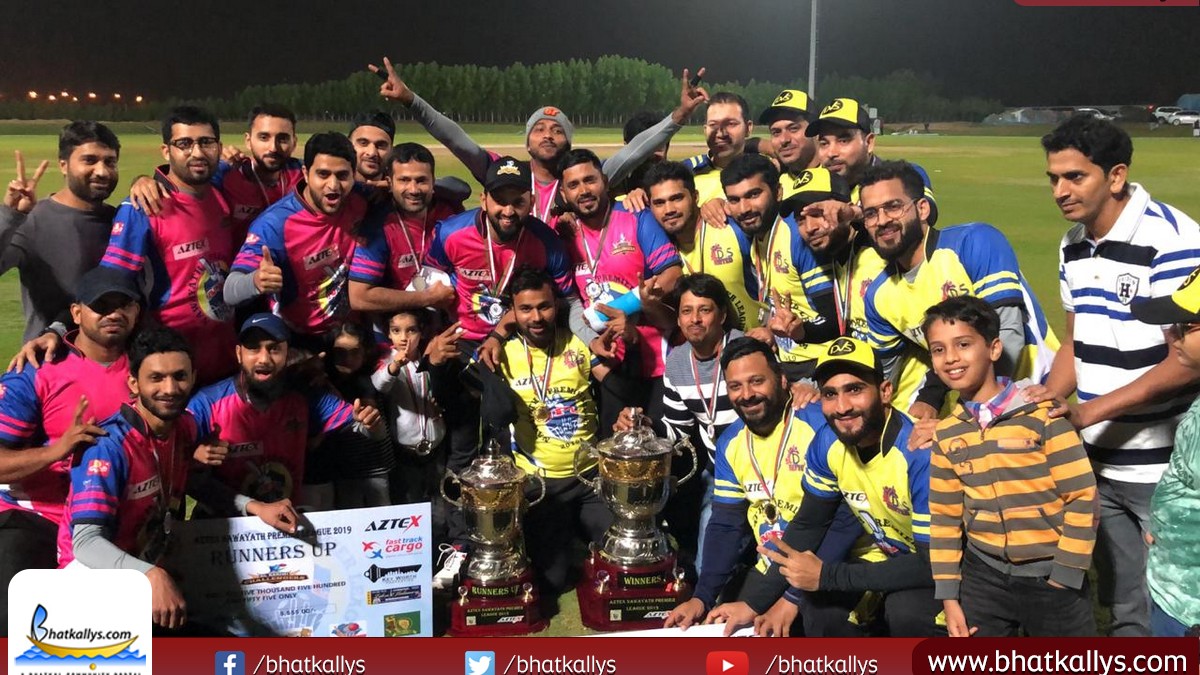 DVS won the final in an emphatic fashion by beating Al Karimi Challengers comprehensively after restricting them for a below par 157.
Led once again by their star all-rounders Anas Mulla and Mohtasim Jakti, DVS were too hot to handle for Al Karimi right from the first over. 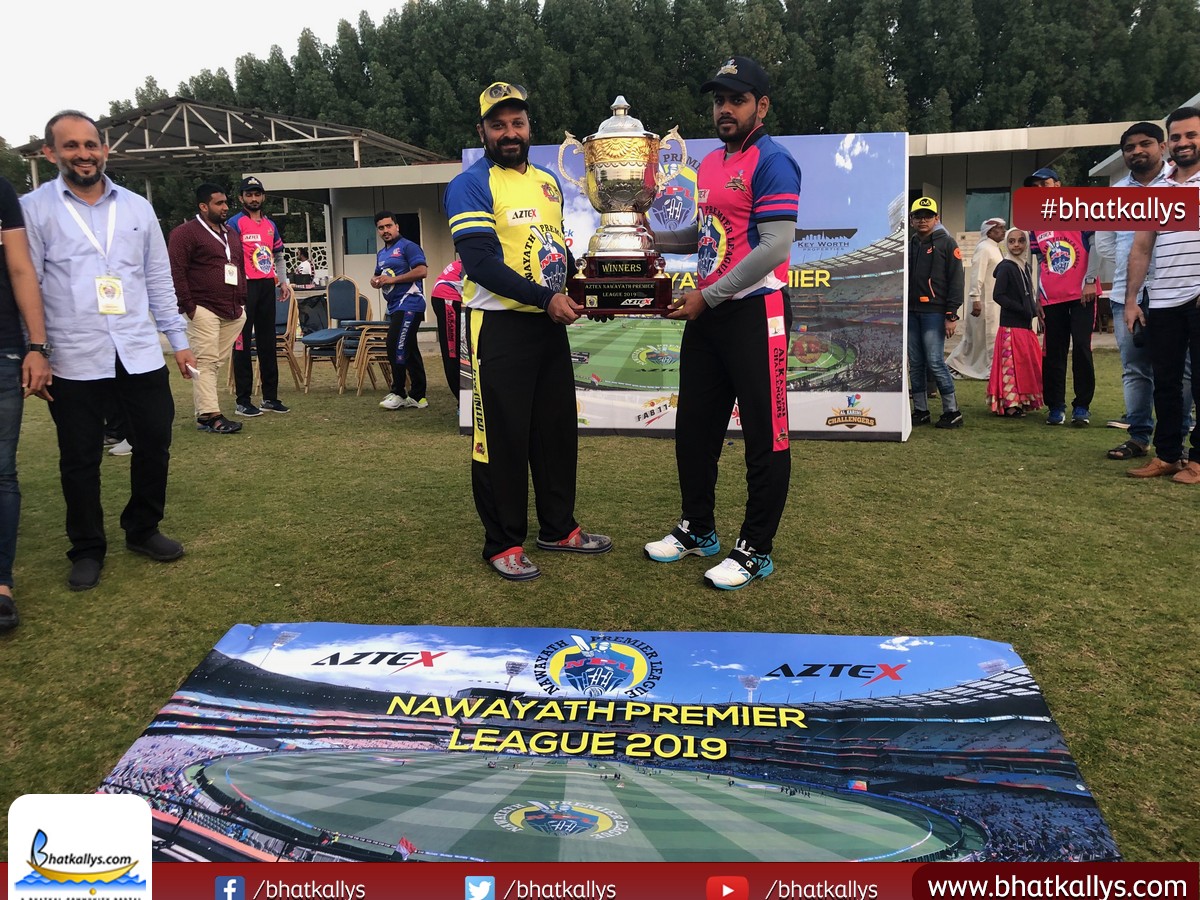 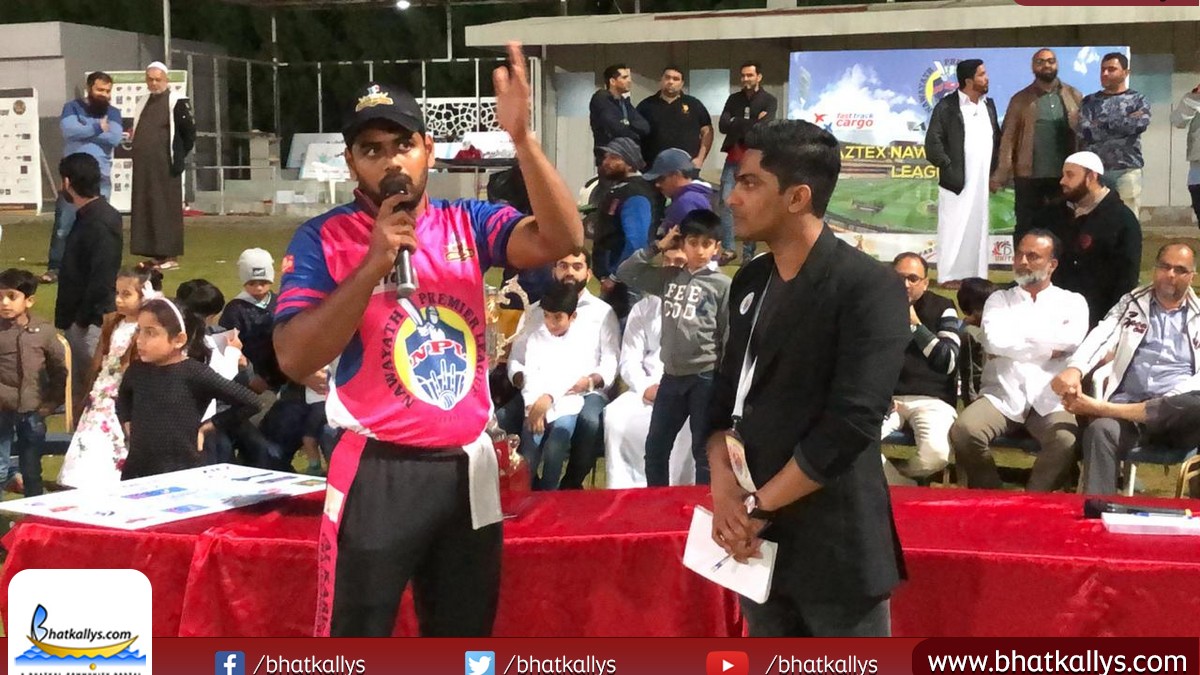 Electing to bat first after winning the toss, Al Karimi lost too many early wickets from which they never fully recovered.
The fact that Al Karimi managed to score 157 was thanks mainly to their indefatigable captain Waseem Asarmatta and their Icon player Jundup Matta, who scored a run-a-ball 51 and 36 respectively.
In response, DVS started cautiously with Shamoun Shahbandari bowling some tight lines early on, only to give the advantage away through several wides. 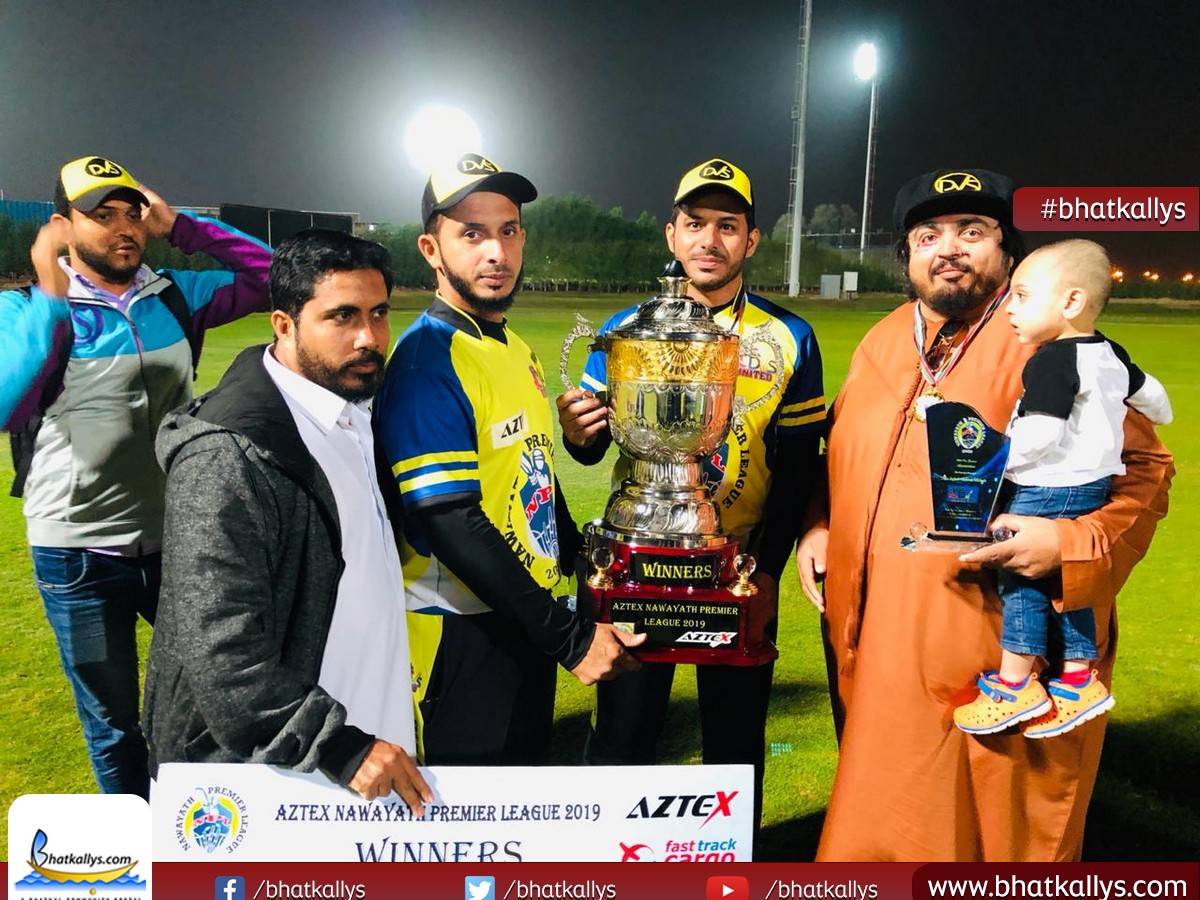 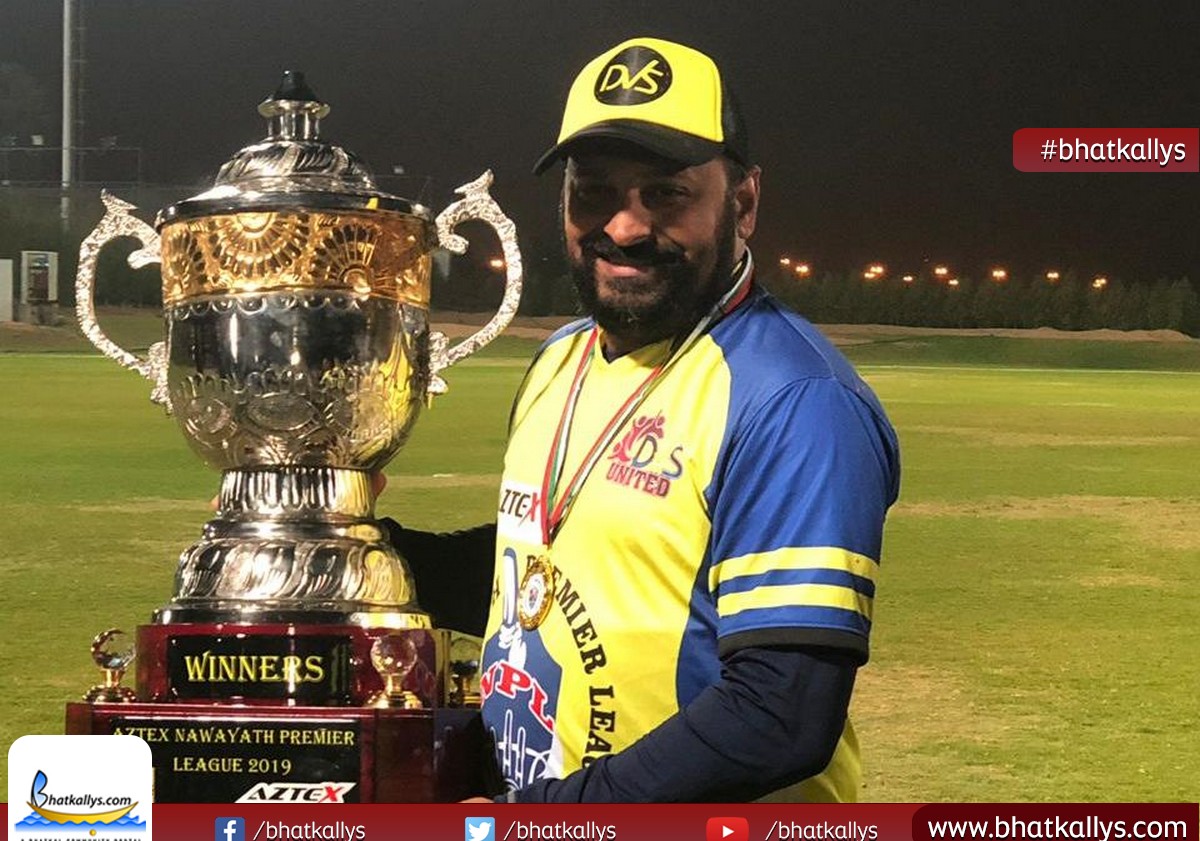 After an early loss of captain Noor Ikkery, Imad Kashimji, who was playing his first match of the tournament blasted a quick fire 41, ensuring his team stayed on course for an easy win.
The fact that Al Karimi conceded 40 extras didn’t help their cause.
Anas Mulla won the man of the match award for his spectacular bowling effort that earned him three wickets, while Mohtasim Jakti won the man of the series and the Purple Cap awards for his consistent performance with bat, ball and on the field.
Abu Dhabi Riders won the third prize in the tournament, while its all-rounder Nauman Tahira won the Orange Cap award for most runs in the league.
The five-team tournament’s Fair Play Award went to KM Warriors. The fifth team to participate in the tournament was Fab Eleven. 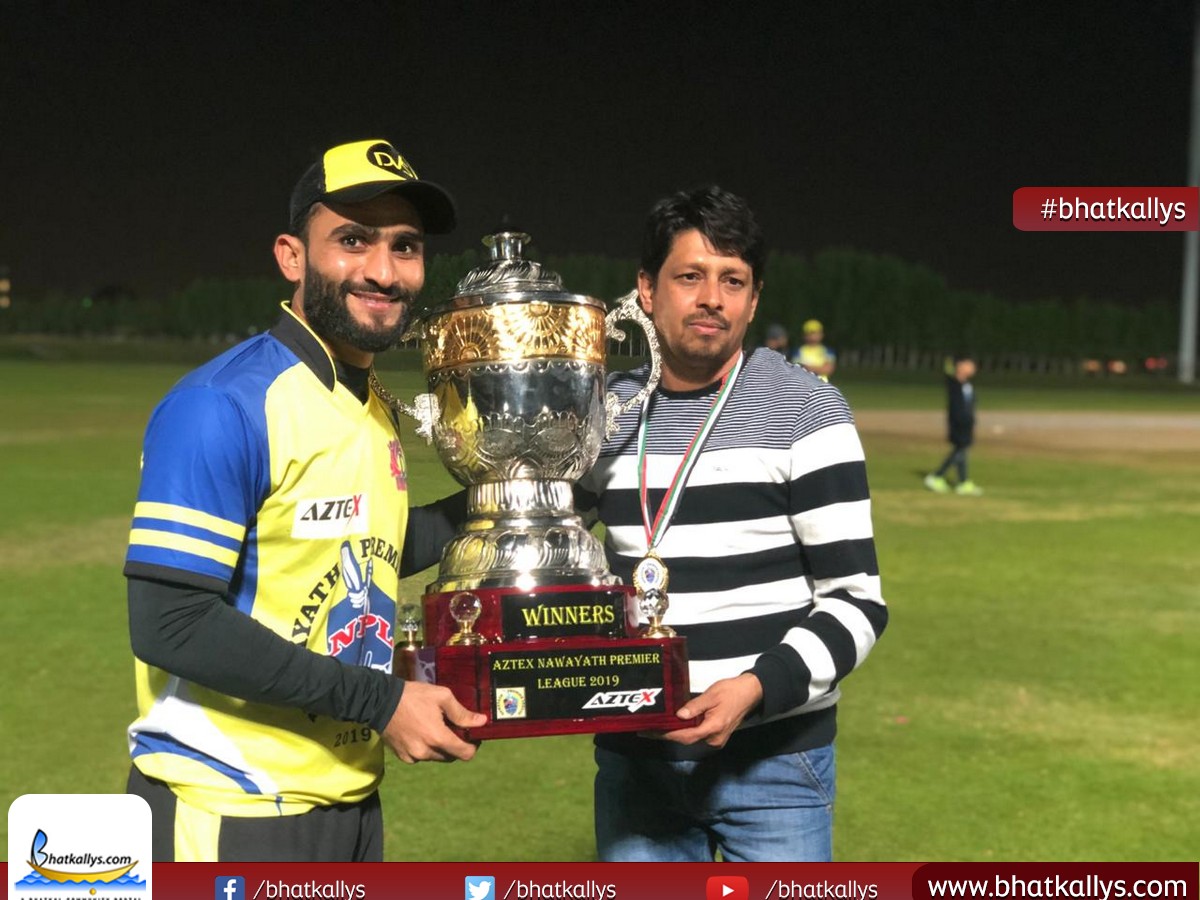 Though, the final didn’t live up to the hype which was caused following a nail biting tie between these two teams in the league phase, the spectators who turned up in great numbers enjoyed every bit of the grand occasion.
More than the match, the crowd including women, children and elderly, enjoyed the cool night as it was sweetened by a cake contest that saw several women demonstrating their baking skills.
Based on the Aztex NPL’s cricketing theme, the cake contest was won by , wife of Najeeb Quazi.
Another activity that attracted the crowd in big numbers was the raffle draw, which was open for both men and women. Participants won exciting prizes in both men’s and women’s categories.
In another goodwill initiative, the NPL management felicitated Bhatkal Inter Football Association BIFA for their achievement and  role in successfully promoting football in Bhatkal and its surrounding.
A glittering closing ceremony attended by community leaders including Abu Mohammad Muktasar, Yousuf Barmawer, Mueez Muallim and Jailani Mohtisham, as well as our title sponsors from Aztex Azmatullah Ikkery and Zaheer Motia brought the curtains down on the successful tournament. 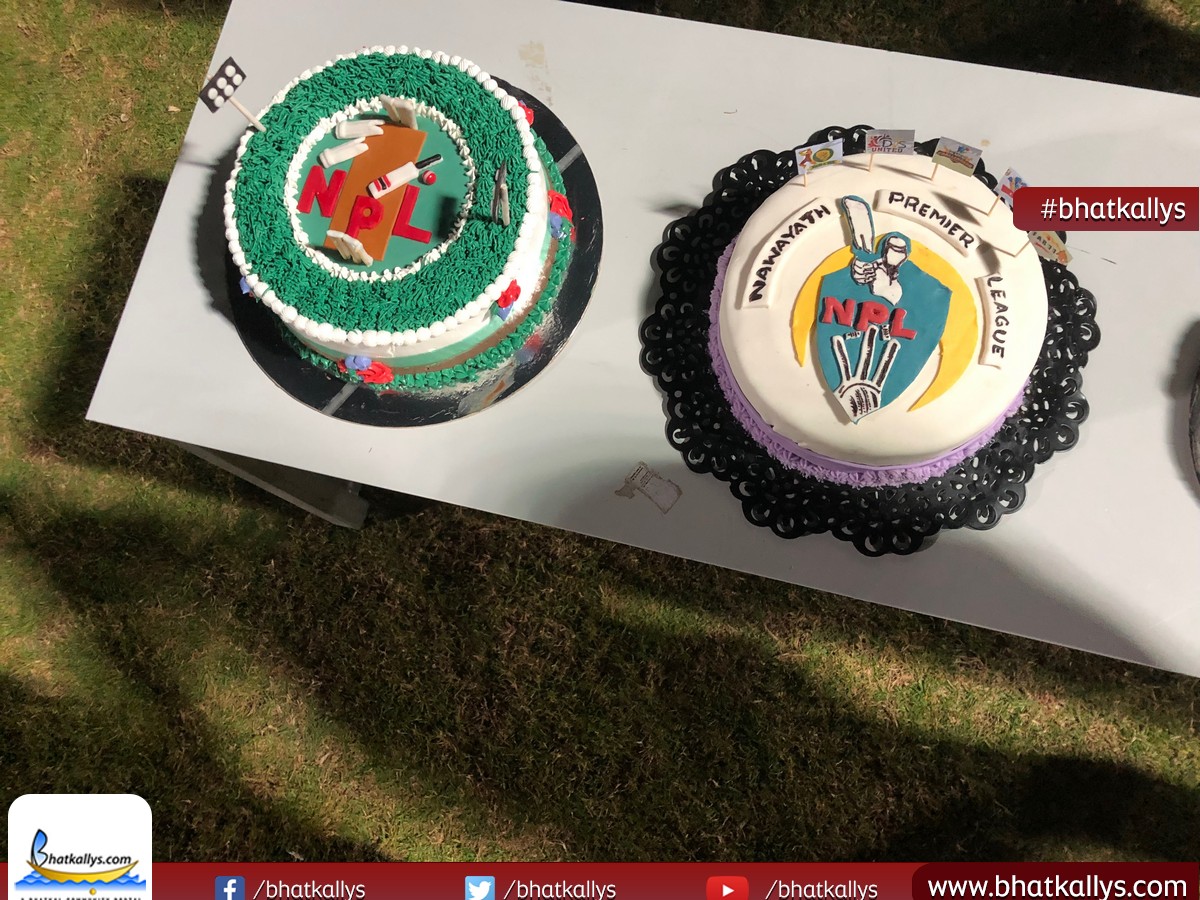