Bhatkal 14 August 2011: Two Bangaloreans in their early twenties are feared to have drowned in Murdeshwar beach here, after they were swept away by strong waves early on Sunday August 14 morning.

On Sunday morning, a group of 11 from Bangalore reached Murdeshwar at around 6.30 am, and by 6.45 they ventured into the sea, despite warnings from the beach guards.

After an hour or so, three of them were engulfed in a huge wave, but one of them, Tarshol Kumar Murti (27) was rescued by the others with the help of a rope.

The other two, Manjunath (24) and Kitty (22) drifted off and could not be traced. Police sub-inspector Vasanth Achar arrived at the spot.

Search operations are underway to trace the missing youths.

The group had been on a pleasure trip to Murdeshwar. On Friday they had been to Jog Falls in Shimoga, before arriving here on Sunday.

Manjunath is a B.Ed student of Basaveshwar College in Bangalore. Kitty is the driver of the Qualis by which the group was travelling. The other nine are also employed in Bangalore.

This is the second such incident reported from Murdeshwar in less than a month. Earlier on July 24, two students from Bangalore met watery graves here. 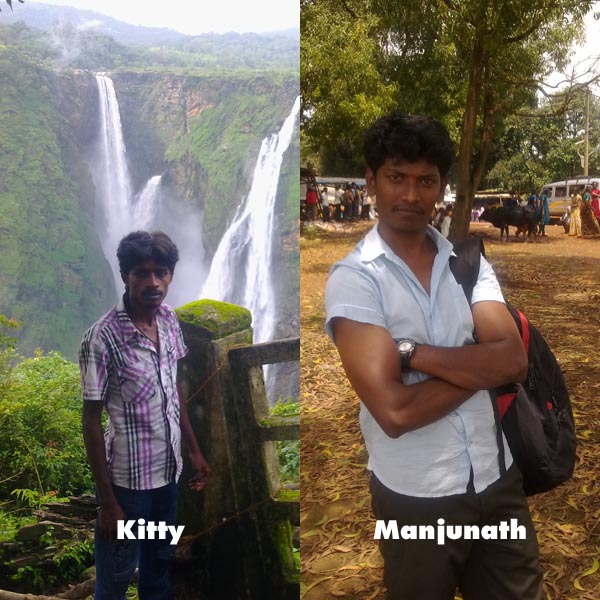