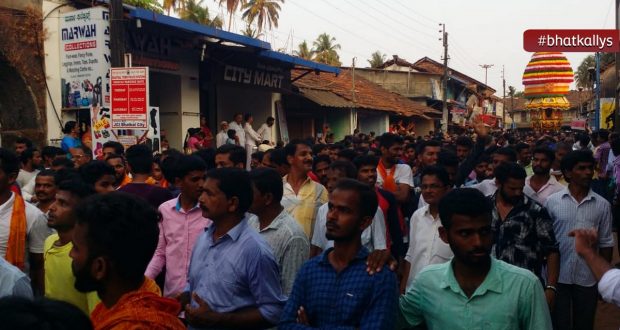 Bhatkal 13 April 2019:(Bhatkallys News Bureau) Bhatkal Taluka’s Chennapattana Hanumanta Temple Jatre began on a traditional note as thousands of devotees came to gather to witness one of the most celebrated traditional Hindu festival of the town, here on Saturday 13 April.

A special prayer was offered to Lord Hanumanta as a part of this occasion, while the devotees railed in the queue towards the deity in the chariot to offer their prayers from morning till the noon. 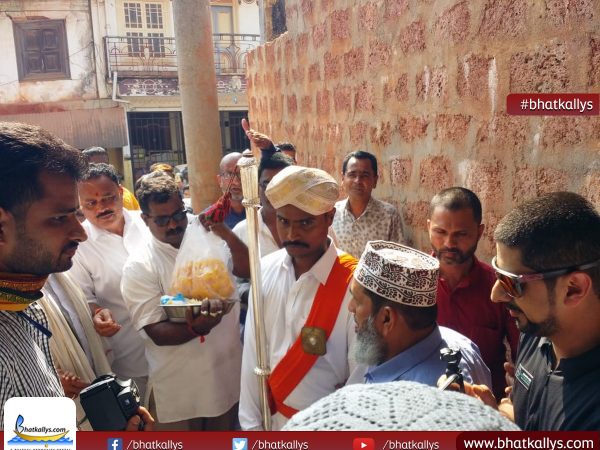 Going by the tradition, the temple management sought permission from the local Muslim community and families to pull the chariot and around 5:30 in the evening, the devotees pulled the chariot shouting slokas and mantras, while Hulivesha, Songs, Bajans and other performances became center of amusement for the people present. 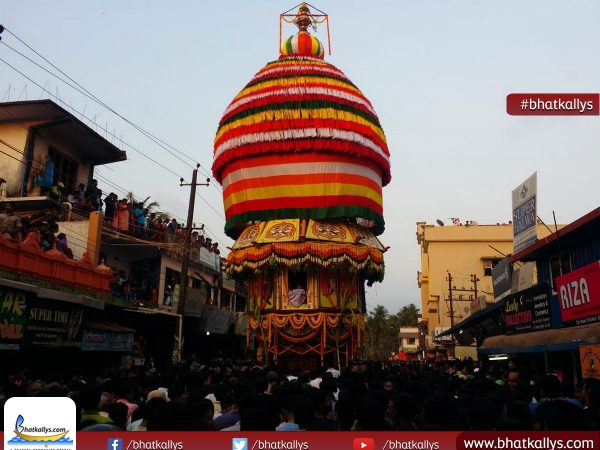 A heavy Bandobust of police and security personnel was in place and on stand by, as the special forces were called in from the Distric to avoid any untoward incident during the celebration.

People from both the major communities of the town co-operated with each other for the smooth running of the celebration in a traditional and peaceful manner. 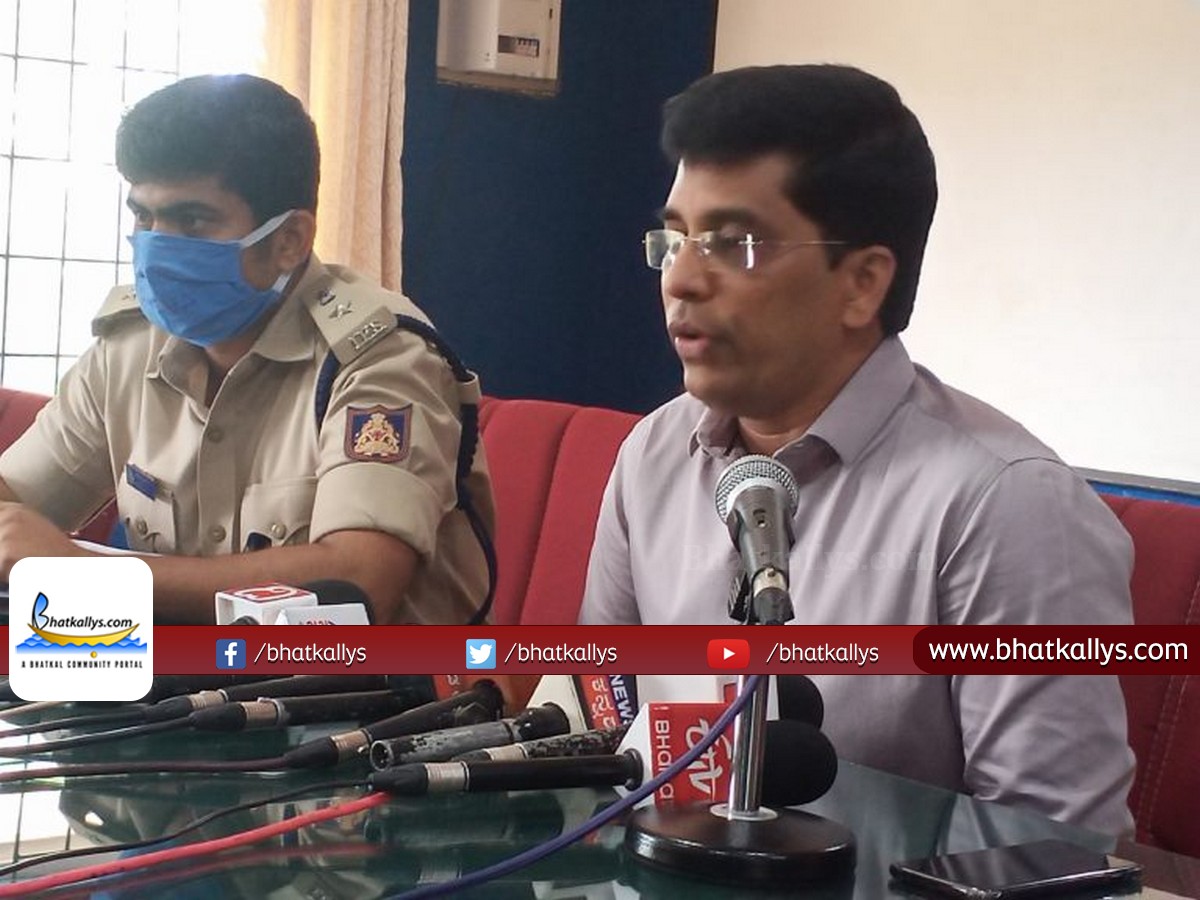