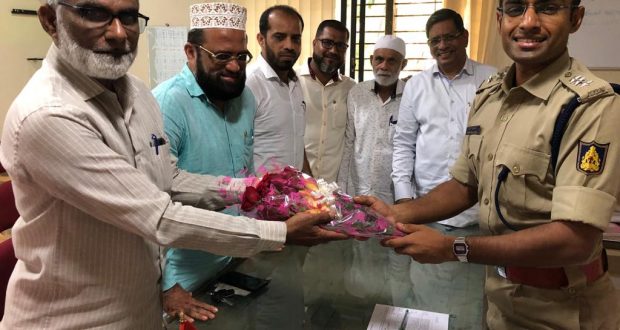 The delegation led by its president SM Parvez presented a floral bouquet to the new officer and wished him all the luck for carrying out the work effectively in the region.

The delegation also formally introduced works and operations of Majlis-e-Islah wa Tanzeem and offered complete support to the department in maintaining law and order, peace and harmony in the region.