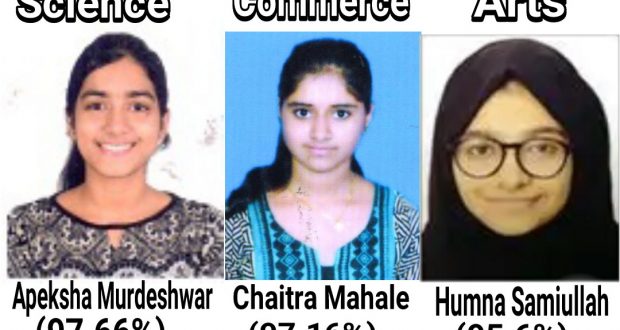 The overall pass percentage for Karnataka 2nd PUC exam 2019 has risen up to 61.73 percent with the highest score secured by students belonging to Udupi district. Girls have performed better than boys. More students passed the examination from rural areas than Urban area. The rural region had 62.88% pass percentage, while urban had 61.38%.

Bhatkallys.com congratulates all the achievers and wishes them all the luck for future endeavour.

Previous: Mangaluru: Girl who was hospitalized for half of her academic year with her leg cut off due to accident, score 331 marks in PU Exams
Next: Udupi girl who failed II PU exam, commits suicide