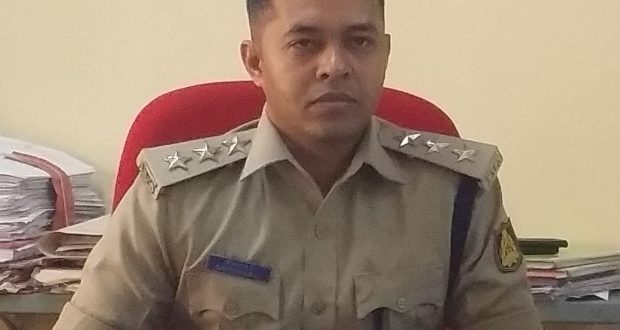 Bhatkal Assistant Commissioner S. Bharat and DSP KC Goutham on Saturday warned people of the Taluk  and admins of local WhatsApp groups against spreading rumors in the wake of Corona Virus spread on social media platform adding that strict action will be initiated against those found guilty of spreading fake and unverified news on social media.
Speaking at a press conference on Saturday, Goutham took note of viral messages that were going viral on local social media groups claiming that Corona Virus cases were reported in Taluk and District.
Bhatkal Assistant Commissioner S Bharat also added that no cases positive or suspected cases were reported in the Bhatkal sub-division and that spreading fake and unverified messages was leading to panic among the locals.
Goutham also added that the police department would initiate action under criminal and cyber laws against those found guilty of spreading rumors.
“Action will be initiated against the admin of the groups in which the messages will be forwarded and against those who forward those messages as well. Admins should closely monitor their groups and should report any rumors that are being spread on social media, to the local police” Goutham told reporters.
Both the officials called on the residents to only follow trusted local media websites and newspapers for verified and right information, and also called upon local news agencies and news reporters to verify any information from the authorities before publishing it.
Goutham also told reporters that Twitter and Facebook accounts managed from the office of Superintendent of Police of Uttara Kannada District were active and were giving updates on the corona virus situation in the District. He called on news reporters to verify the details from these channels before publishing the news.
2020-03-15
Abdussubhan

Previous: Passengers who arrived from Dubai are healthy and safe: Bhatkal AC clarifies amidst panic created by viral message
Next: Japanese man accused of killing 19 disabled people sentenced to death