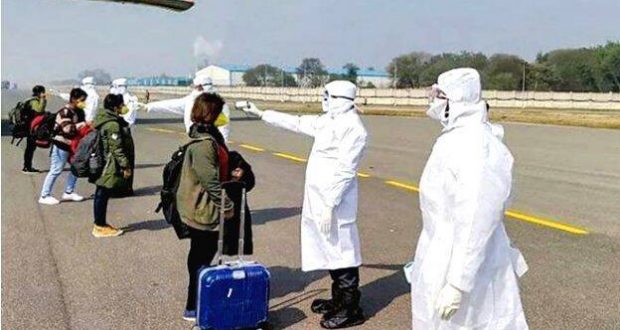 Passengers who arrived from Dubai are healthy and safe: Bhatkal AC clarifies amidst panic created by viral message

Bhatkal: A WhatsApp message stating that 13 people from Bhatkal who arrived from Dubai on March 5 at the Kochi International Airport were suspected Corona Virus patient, created panic among the people in the town. The authorities however have clarified that none of the passengers who arrived from Dubai to Bhatkal had tested positive for the virus or were showing symptoms of the infection.
Taking note of the situation due to the viral message, Bhatkal Assistant Commissioner and Taluka Health Officer clarified that the 13 people who are named as the suspected Corona Virus patients are under home quarantine and are being monitored by the health authorities.
The officials also added that none of the 13 people have tested positive for the virus and all of them are healthy.
According to the reports the 13 people from Bhatkal arrived from Dubai at Kochi International Airport on a same flight on March 5 and were screened at the airport before they left for Bhatkal from Kochi. Reports add that one of the passenger who arrived in the same flight later tested positive for Corona Virus and hence all the passengers who arrived on the flight were alerted and were asked to report to the District health authorities.
The same notification that was issued by the airport authority to the District authorities, detailing about the passengers was being forwarded on social media platforms that triggered panic among the local.
Bhatkal Assistant Commissioner, S. Bharat added that the authorities had already visited the houses of the passengers are were monitoring their health while adding that the passengers were also briefed about the precautionary measures that were to be taken by them.
Bharat further assured during the press briefing that none of the passengers had tested positive for the virus nor any of them had shown any symptoms of the infection. He also called on people to not to panic over the situation as the authorities are monitoring the situation regarding the spread of Corona Virus closely.
2020-03-15
Abdussubhan