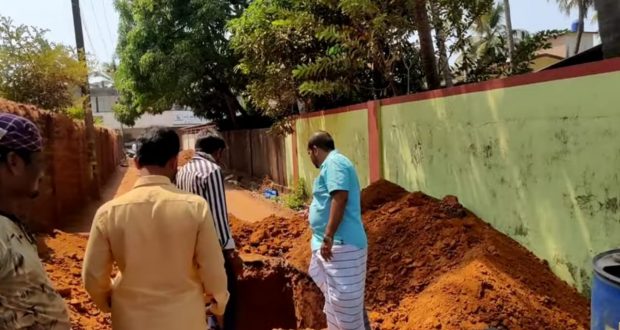 Bhatkal: 16 February (Bhatkallys News Bureau) Under Drainage (UGD) work is underway under Bhatkal municipal limits in Nawayath Colony area and because of this entire roads have been dug and as a result, the whole area is polluted due to dust. And it is difficult to walk. During all this, Mr. Qaiser Mohtasham, the Vice President of the Municipality, Mr. Fayyaz Mullah, Mr. Altaf Kharuri, Mr. Krishna Nand Pai, the Chairman of the Standing Committee, and others paid a surprise visit to these locations and inspected the works.

Qaiser Mohtasham said while talking to the media that UGD work is currently going on in the Nawayath Colony and Madina Colony. In the meantime, however, reports have been received that after digging the paths, there is no provision for pouring water, etc. And negligence is also taken in constructing drainage chambers. He said that during his visit today, all these points seemed real. He said there was no official of the water board and contractor present today, only employees were seen performing their job. The staff said that water is still poured when asked about it, and today the tanker has broken down.

He also said that we are not pleased with all the work being done here. He feared that the situation here would be similar to that of the old streets of Bhatkal and assured that he would speak to senior officials in this respect. 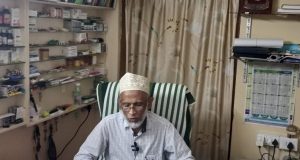 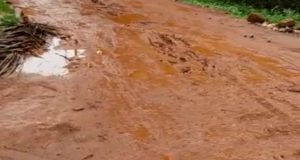 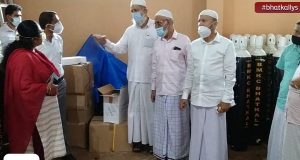 Visit of Assistant Commissioner and Tehsildar at Rabita Society 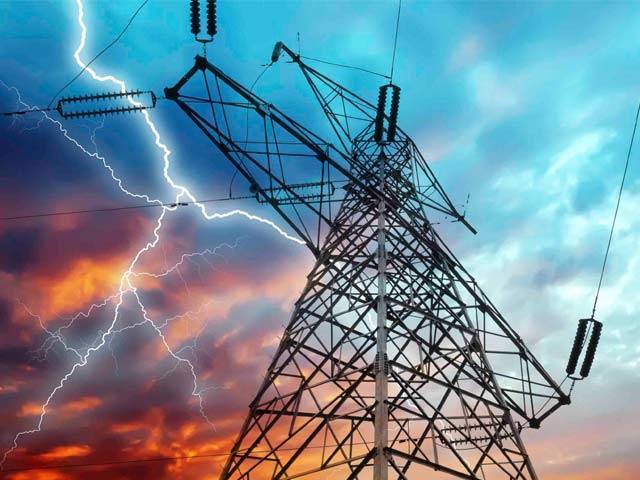 Karnataka government has approved an average increase in electricity tariff by 30 ...